Joe Ives’ Hampshire-based herd from Herriard, Basingstoke is among those to make it through to the final of the 2020 NMR/RABDF Gold Cup competition. 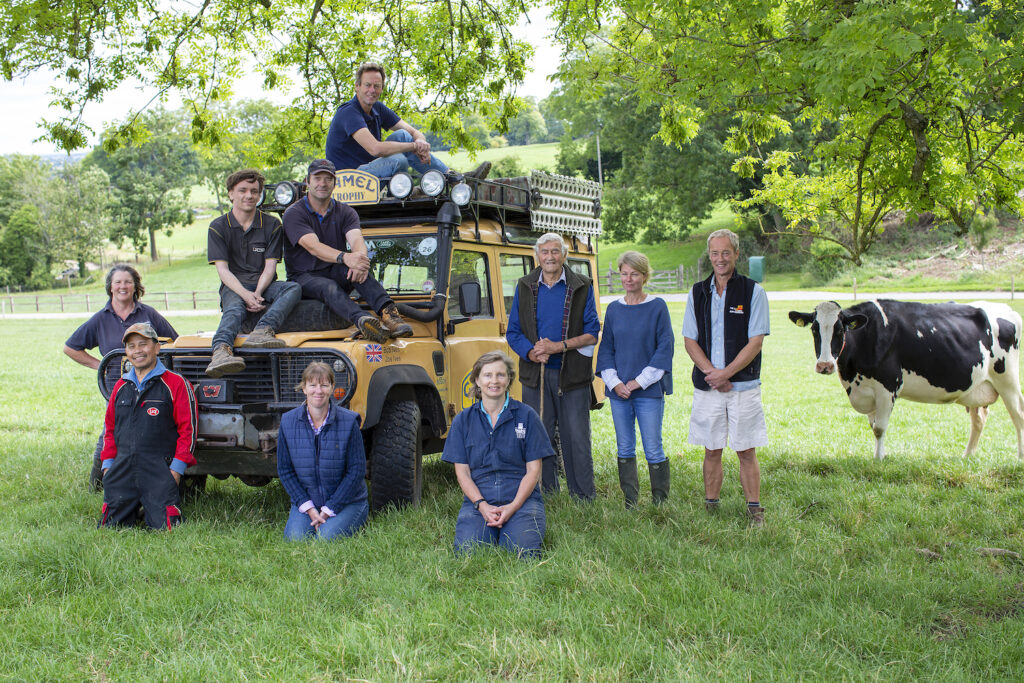 For the first time, Joe Ives has put his 240-cow herd, plus 240 followers, forward for the Gold Cup award – but he’s no stranger to competition success, having lifted the Chris May Memorial Cup in 2019, for achieving the highest average lifetime daily yield.

“Winning the award in 2019 was a big surprise, because I didn’t know we were in the running for it. We were encouraged to enter the Gold Cup this year and were delighted when we heard that we’d made it through to the final.”

Joe farms in partnership with his wife, Claire, as well as his father Bill and brother Bob, although neither have an active role in the day-to-day running of the business. Joe oversees all aspects of the dairy herd.

“I’m the ‘go to’ person for everything but I have a fantastic team of full and part-time staff. I see myself as the ‘Jack of all trades’ and the team members are the masters in their areas.

Everyone is equally important to overall performance, including: herd manager Sally Bowden, who has been with the business full time for three years; herdsman Ric Mariano, who’s worked with the herd for 10 years and does all the foot trimming; Lilian Love, the herd’s breeding and young stock manager; and Phil Pusey, who’s worked on the farm for more than 25 years and manages the arable along with his son, Liam, who has just joined and is learning all facets of the business.”

Team work aside, breeding is key to the success of the herd. “We have, so far, bred more than 30 hundred-tonne cows and we aim to increase this figure by selecting for high type, good body capacity – without large stature – and excellent health traits,” says Joe. “We use a mating programme and genomically test all our young stock to ensure that we match cows and heifers to the most suitable sires.”

He adds that genomic testing heifers is a recent addition to herd management: “It’s early days for us. We did do it for 12 months back in 2015, as part of a trial, and we were very interested in the results. We started using the technology again just six months ago and, going forward, we will continue to test heifers. It’s an important tool in our box and helps us to make more informed breeding decisions.”

Also new are four Lely robots. Installed in December 2019, they required a complete change of system to better suit the high yielding herd. “The cows are milked, on average, 3.3 times a day and this allows them to express their potential, while enhancing health, welfare and fertility,” says Joe.

Udder health, according to Joe, has also benefited from robotic milking. “We work closely with our vet, Maarten Boers of The Livestock Partnership, as well as NMR’s Uniform programme. “Now we are milking on robots we can identify potential mastitis much earlier and treat with Uddermint, for example, rather than antibiotics.”

The robots have also freed up time for staff to concentrate on other areas of management and performance. High on the agenda is more milk from forage: “We aim to produce more than 4,000 litres from home-grown forage, which is roughly a third grass silage and two thirds maize. Silage quality is key to success. We take just two cuts, with our priority being first cut. We aim to make as much of that – and of as high a quality – as possible.”

Joe is keen to stress that Kite Consulting’s dairy nutritionist Mike Bray, who has been working with the herd for more than 10 years, also plays a key role in successful feeding.

He also works closely with the herd vet and has signed up to key disease eradication and control schemes. “This is particularly important because we sell surplus stock – buyers want to know that it’s from a disease-free herd. And that’s why we continue to screen for Johne’s disease, even though we have no ‘red’ or ‘amber’ cows and consider we’re free of the disease. Being part of the scheme means that we have the records to prove this.”

He adds that he’s also worked hard to eradicated BVD from the herd. “We began a vaccination programme 10 years ago and then we decided to stop and test the herd. And it’s now free of the disease.”