A family-run organic dairy herd has made it through to the final round of the 2020 NMR/RABDF Gold Cup competition, after entering for the first time. 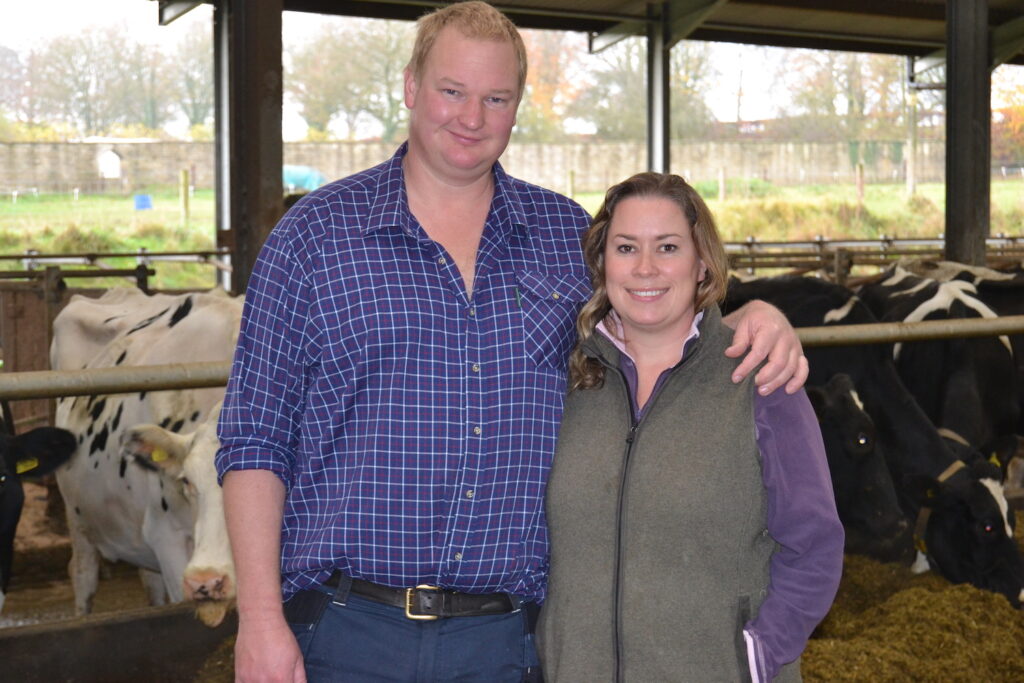 Cotswolds-based dairy farmer Mike Sainsbury says the family is “thrilled” to be through to the Gold Cup final this year. “I’m not particularly competitive, but someone suggested that we enter,” he explains. “So we did. And I was very surprised – and excited – to make it to the shortlist.”

The majority of the family’s farm, on the Beaufort Estate near Badminton in Gloucestershire, is rented, with a small amount owned. The Sainsburys have been at Lyegrove since 1933.

“The farm was a typical conventional dairy and arable unit,” explains Mike, who manages a herd of 240 milkers, plus 170 followers. “But when I returned from Harper Adams University, in 2002, I began looking into organic conversion. I was inspired by a year spent working on the Duchy Home Farm, at Tetbury. We began organic conversion in 2006.”

Mike says that top of the dairy team’s priority list are welfare, health and productivity. “We believe in long-term investment – not short-term fixes. And we run a simple animal- and people-friendly system, and strive to be the best at what we do.”

‘We’ includes his wife, Amanda, and his elder brother, Luke, who both work full time on the unit with Mike, as well as two full-time staff – Ade, who has been herdsman for 33 years, and Barry, who’s been part of the team for 11 years.

“The time they’ve been with us is testament to the farm being a friendly and pleasant place to work, with many benefits. We work hard as a team to strive for the highest standards. Each of us has a role that we excel in, but we are also able to step into other roles when required to achieve our goals,” says Mike.

The business also employs four part-time self-employed staff, for relief milking and calf feeding duties, as well as help on the arable side during busy periods.

Milk from forage in this Holstein Friesian herd averages 6,086 litres per cow, from an annual production average of 9,234 litres per cow.

“We focus on feeding the cows high quality forage, be it clover-rich grass leys during the grazing season or high-quality clover and Lucerne silages and pea and barley whole crops used in the partial TMR during the housed period,” explains Mike.

“We’re on thin Cotswold brash soils, which are drought prone but also poaches easily. So grazing for us is a constantly moving goal. White clovers and perennial ryegrasses predominantly make up our grazing swards, with herbs. These provide a high-quality grazing sward and the herbs help with drought tolerance and palatability.”

The most recent investment at the unit was in 2014, when the Sainsburys erected a new cubicle house, which is spacious, naturally well ventilated, and comfortable. It comprises sand-bedded mattresses, rubber standings at the feed barrier, and resin coatings on the feed floor – to encourage high intakes and reduce spoilage and poor hygiene caused by eroded concrete.

The cow house also has a Lely robot, which pushes the ration up every hour, to ensure there is always feed available to the cows. LED lighting and cow brushes have been fitted; the shed is designed for maximum cow welfare and hygiene, but with simplicity and ease of management incorporated.

The herd is benchmarked with Kingshay costings. “And I am brutally honest with the figures that I input, otherwise what use are the figures to our business?” says Mike. “Sugar coating the financial figures means that implementing the practical side is often misguided and misinformed.”

However, Mike does use Hi Peak Feeds’ report that compares his business with other anonymous organic farms, so this does allow some comparison.

Milk buyer relationship is also important to the business. Milk is sold to Cotteswold Dairies – the Sainsburys were ‘head hunted’ to supply them back in January 2019. “This organic contract was an important milestone for our business. It’s a family business, like ours, which values its producers and requires high quality milk. We have direct contact with the farm liaison manager and the MD, and can call, at any time, to discuss any issues,” says Mike.

While there are no plans to expand, the emphasis will carry on fine-tuning. “We have a system that works well, but there always areas that can be improved. We’re working on reducing mastitis rates and continuing to increase milk from forage. We smashed our 5,000 litres per cow target – I’m interested to see how high that figure could rise.” 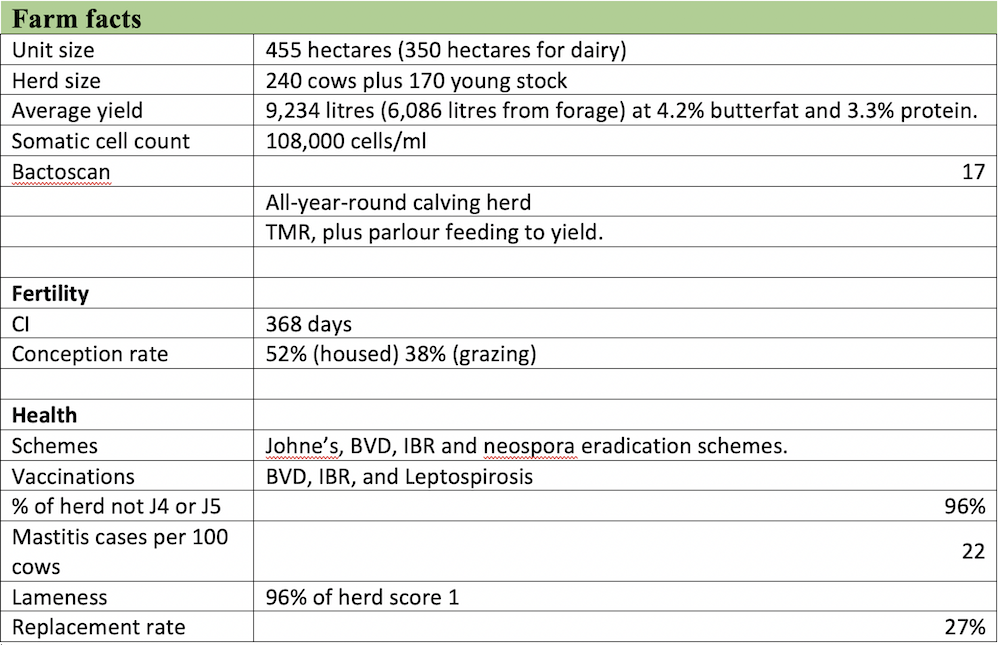