Agronomist reports last season on the difficulties of controlling yellow rust was put down to a combination of late drilling, winter weather and changes to the pathogen. But research suggests that fungicide choice might have been a factor. 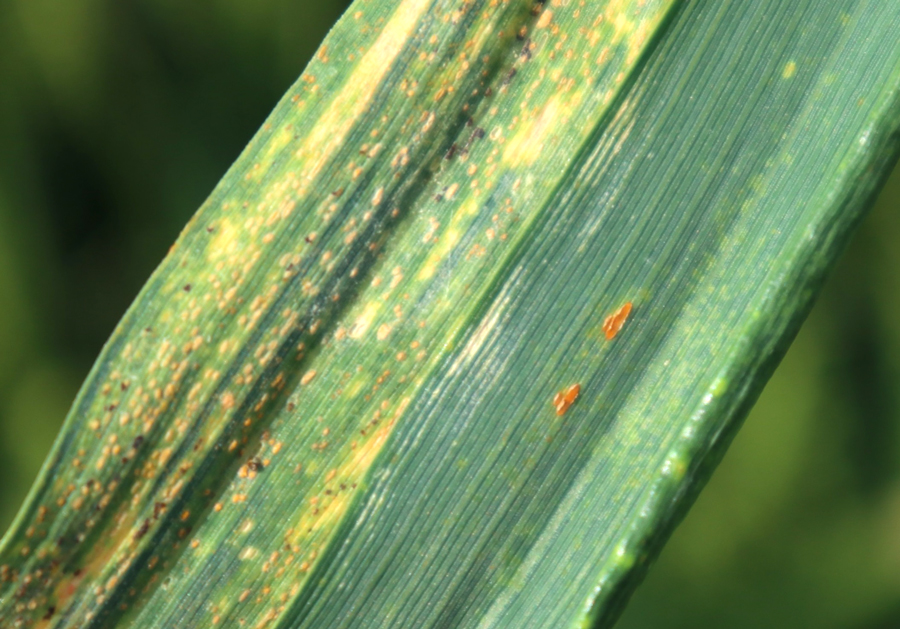 Bayer took advantage of this ‘perfect storm’ and decided to check fungicide performance at its Cawood trial site in Yorkshire. The company applied a single application of various fungicide treatments to JB Diego, and followed up with disease assessments approximately one week and one month post application. It confirmed what had long been suspected – that there are few ‘all-rounders’ in the yellow rust fungicide armoury with most actives ideally suited to protectant or curative situations, but rarely both.

How these curative and protectant fungicide properties differed was quite marked. Strobs stand out for their curative properties but proved to have limited persistency. Some strong protectants offer little against established disease.

What it comes down to is formulation and speed of active on the pathogen. “It’s common practice to include a strob in a fungicide mixture to boost yellow rust control, but their movement on and through the leaf means they are short-lived on leaf surfaces. Our first assessments showed only small differences in disease levels between pyraclostrobin, epoxiconazole, tebuconazole and prothioconazole treated plots. But second assessments, one month after application, revealed high disease levels in strob-treated plots.

“Strob speed is an asset where the disease is established as the fungicide acts quickly against the pathogen. But for a fast-cycling disease like yellow rust, it leaves plants exposed to new infection,” says Bayer’s Rosalind Martin.

With strobs at the bottom of performance tables when it comes to persistency, it is widely recognised that Elatus (prothioconazole + benzovindiflupyr) is at the top of the list. But this persistence also comes at a price, and that is impaired kick-back. “It offers protection over multiple cycles but it is weaker on established disease. In such situations, a strob or fast-moving azole is probably the better option,” adds Ms Martin. 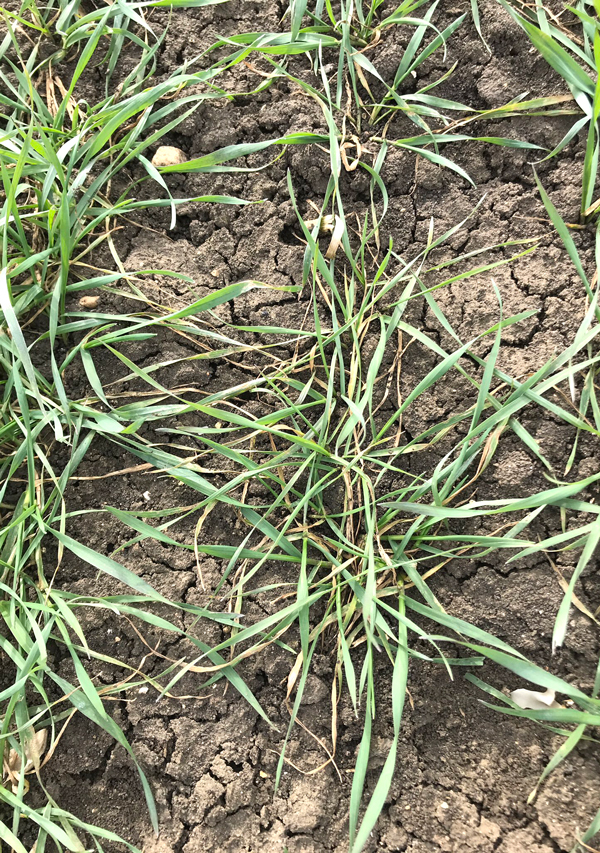 In addition to highlighting differences between actives, the trial also confirmed the importance of formulation. Bayer-formulated Folicur (tebuconazole) was compared to Toledo (tebuconazole) and the
first assessment, just one week after application, found the Toledo-treated plots had 5 per cent more yellow rust infection severity compared to the Folicur. This confirmed what the company suspected – that SC (suspension concentrate) formulations don’t act as fast as Bayer formulated tebuconazole.

Prosaro, a Bayer co-form of prothioconazole + tebuconazole, was also compared to a ‘make-your-own’ mix of generic prothioconazole and generic tebuconazole. Whilst they both performed well at the first assessment, the later assessment revealed 5 per cent more yellow rust in the generic plots, demonstrating its limited persistency compared to Bayer’s EW co-formulation.

“Given the uncertainties and unpredictability of factors affecting yellow rust, both tebuconazole and prothioconazole proved themselves as the best all-round actives against the disease delivering a good balance of persistency and curativity, particularly when well formulated,” notes Ms Martin.

Crop Management Partners agronomist Richard Cromie shares this concern over SC tebuconazole formulations. The obvious option would be to opt just for EW formulated options but spring weed control clouds the issue with T0 sprays. “With our chalky soils, we can carry a significant brome, ryegrass and wild oat burden, and Broadway Star (florasulam + pyroxsulam) is a popular spring herbicide choice. However, EW formulations are not tank mix compatible.”

Where yellow rust isn’t active and the variety has proven adult resistance, then he feels an SC formulation will suffice. But take a variety like Skyfall and active disease, and he feels there is little option but to opt for an EW formulation at the T0 and apply herbicide separately.

Whether we will see the same level of yellow rust threat this season remains to be seen. Mr Cromie found foci early in the winter, although it has been checked by spells of cold weather.

Following two seasons where March and April have been the driest months of the year, Mr Cromie sees yellow rust almost on a par with septoria. But he feels that last season’s outbreak wasn’t just down to the weather and late drilling. “Late drilling does aid the disease, as adult plant resistance is less developed, but I believe a new race is probably circulating.”

This, and the loss of epoxiconazole and CTL, does present a slight dilemma. It has weakened the fungicide armoury and although there’s no need to re-write fungicide strategies, some thought needs to
be given on which products fit best and when.

And some of the newest chemistry doesn’t provide the answer. “Mefentifluconazole is a very good septoria product, but it is not the strongest for yellow rust,” he notes. 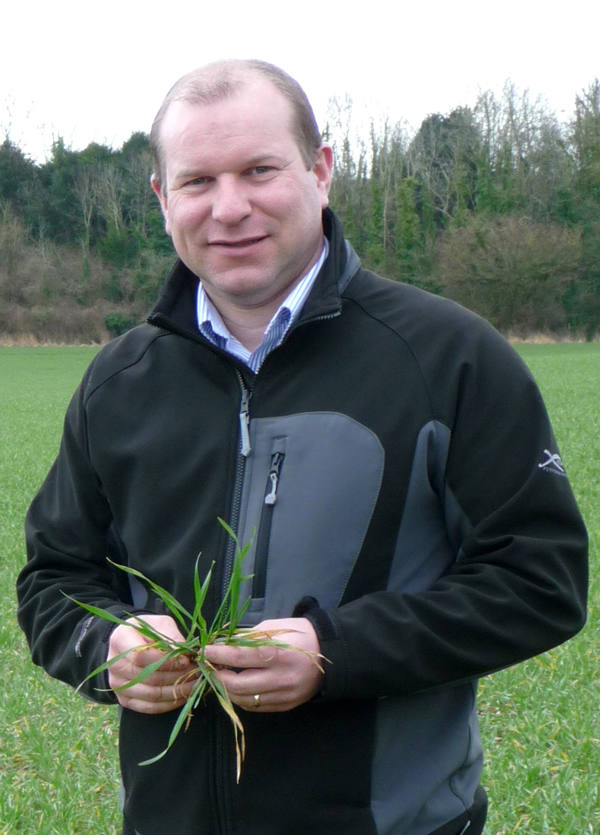 With so much attention on yellow rust last season, he stresses the need to not overlook septoria. With climate variation and the speed at which severity can increase, the risk the disease presents is just too high. This needs to be factored into any fungicide programme.

Mr Cromie will probably opt for prothioconazole with either bixafen + fluopyram (Ascra) or benzovindiflupyr (Elatus) for T1 and/or T2 sprays. He feels there isn’t much between them. With its dual loading of SDHI, Ascra has the edge when it comes to septoria, and Elatus for yellow rust. Only when faced with extremely active yellow rust due to stretched timings does he consider the addition of tebuconazole or a strob being necessary.

He will consider a multisite at both timings, but that will depend on septoria severity. “The jury is still out for me with the variability of trial results. But I will consider an application at T1 or T2 for susceptible varieties and if the pressure is stoked up by wet weather or humid conditions.”

He is pleased with the way most crops have come through the winter, but warns growers to think about N rates and applications. The risk of another dry spring means it is important to ensure crops have taken up some nitrogen early to prevent significant tiller loss through dry periods. “I can manage an overly forward thick crop to a certain extent with PGRs, but we have no control over rainfall, which is essential for effective nutrient uptake for fertiliser applications,” Mr Cromie concludes.

Bayer’s Richard Philips says the latest Rapid Disease Detection tests have revealed extremely low levels of yellow rust in new leaves. “Although yellow rust is still visible at the base of crops, it isn’t active in new leaves. That could change with a spell of favourable weather and weekly testing will soon pick up any change.

“We are starting to see septoria surface, and generally this more in northern and western parts, and mainly restricted to September-sown crops. But not exclusively, as the disease has been recorded in Extase and Sundance; varieties with strong septoria ratings.”

Bayer has been using various technology since 2014 to record septoria DNA levels in the key yield-forming leaves, but to date that has been used to evaluate fungicide performance. The difference now is the speed of the test – results being returned sometimes as quickly as 48 hours. The company ran a pilot with a select group of its Forward Farmers in the 2019/20 season and decided to expand it further this season.

The aim is to sample 30,000 leaves from farms as far afield as Cornwall to Fife. Each trialist farmer has selected two wheat varieties with contrasting septoria ratings, and sends a selection of newly emerged leaves for testing in a lab. The lab then notifies them of septoria and yellow rust DNA levels recorded in leaf samples.

It is a ‘work in progress’ but is a pointer of things to come. “With more farm trials this season it will give us wider feedback on the value of such technology. Data is playing an increasing role in farming practices and disease diagnosis tools are likely to have an important role in the future,” Mr Philips notes.