Looking ahead to spring cropping strategies for 2021

With more successful autumn drilling being completed this year compared to last, Farmers Guide asked some growers their thoughts for the spring 2021 season. Heather Briggs reports. 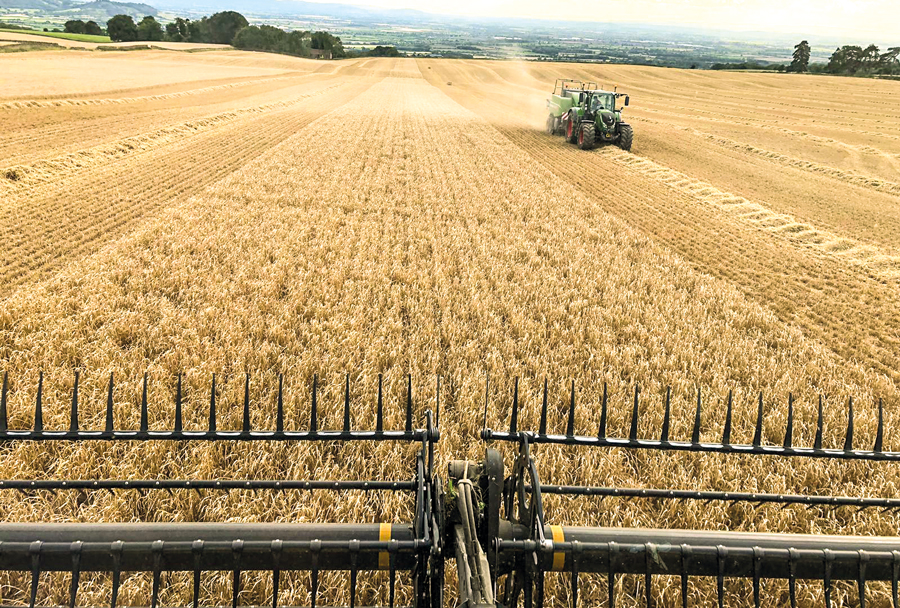 He expects to plant spring malting barley, for a contract with Coors, and quinoa. It will be his second year of growing quinoa, which gave reasonable results in 2020 despite difficult growing and harvesting conditions.

In addition, spring crops on land rented out for fresh produce will include hand-picked peas, dwarf French beans and beetroot.

Spring peas have gone out of the rotation – they had some very good results, but also some very bad ones, averaging out around the break-even point.

The trend towards dry springs has influenced his decision to grow fewer spring crops, as he has found crops which have established over the winter to be better able to withstand dry conditions.

“Of course, because of the benefits for our IPM strategy such as pest management and grassweed control, spring cropping still plays an important part in the rotation,” he says.

“However, if things do not work out, we may include a summer fallow – which we had to try this year because of the challenges.”

“We drilled these multiple species with a view to improving the soil structure, sequestering carbon and laying down nitrogen.”

The fallow has since been sprayed o and direct drilled with winter wheat, which established well, he reports.

“The sun flowers proved very successful at gaining the farm some very positive PR, with lots of walkers sharing pictures of the crop on social media.”

However, he notes, because of the need for warm soils and temperatures, it can be difficult to get sun flowers to establish, so they need a higher seed rate.

“We may try growing a eld of sun flowers next year for home-saved seed so we can then increase the seed rate to 15kg/ha and see if the crop works for us – perhaps as bird seed.”

At the time of being interviewed in mid-October, Mr Freestone has already drilled 75 per cent of his winter beans. However, if the weather becomes really bad, he may be looking at other spring crops. “We always need an element of flexibility in what we do,” he iterates. 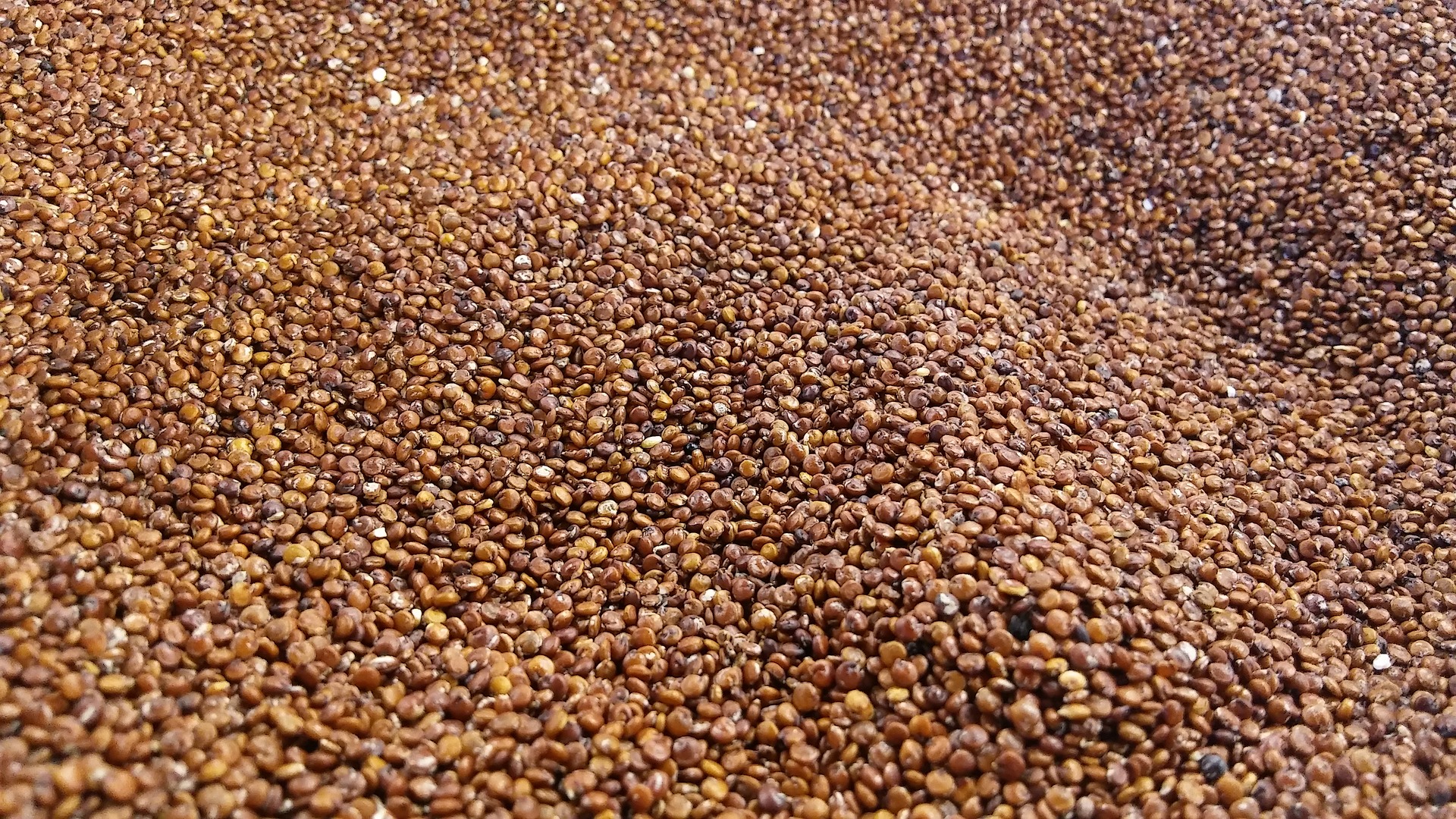 For James Herd, a fourth-generation tenant farmer on a 133ha site near Deeping St James in Lincolnshire, last year’s plans for autumn drilling went awry because of the incessant wet weather, leaving the only option of spring-sown crops.

In a normal year, due to the fact that he likes to spread risk, Mr Herd grows a number of different spring and winter-grown crops, so that if one crop does not do well, or prices are down, another will do well.

Decisions on spring crops are also taken according to what will do well on his particular soils.

Sugar beet is one of Mr Herd’s go-to crops, which is grown on contract for British Sugar’s Wissington factory.

“We have been growing sugar beet here for nearly 50 years and I find it works well as a break crop,” says Mr Herd. “Prior to the neonicotinoid ban, yields were over the 70t/ha threshold set by British Sugar and, although sometimes the sugars can be a little low, the average is 17–17.5 per cent.”

The secret to his success is to hold back from drilling as long as possible, because the farm is only at sea-level height, and can get late frosts. This year, the crop went in at the end of April, received two fungicide applications and stayed green until the second half of September.

His fertiliser strategy is to apply 187kg/ha of triple super phosphate (0.46.0) before drilling, followed by 125kg/ha as soon as it is drilled, followed by another 125kg/ha when there are two true leaves.

In the past, it had been a real challenge to grow sugar beet on the acidic light black soil that was originally a boggy marsh, he reflects, needing an annual application of lime sludge to bring the pH level up.

Although this old-fashioned method is no longer used, each year, before planting sugar beet, most of the land has a top-up of between 5–7.5t/ha of Limex as he still finds pockets that are acidic.

“Having grown sugar beet for so long, we think we have developed a good understanding of how to get the most out of it. However, returns are lower than they were in the past and, now we do not have the option to use neonicotinoids, we may have to assess it again.”

Other downsides he finds of sugar beet as a spring crop are that harvesting can make a mess of the land (and roads), and bulb y larvae can be a challenge.

“After sugar beet, we dare not drill between the second week of November and the end of January, so we tend to go for a spring wheat which is drilled from February onwards.

“As the seed dressing protects for about six weeks, we are careful to time drilling so the product still has enough efficacy to keep it safe from the bulb fly larvae.”

When discussing other spring crops, he notes that experience has taught him the importance of break crops, as take-all has reared its head when two winter cereals have been grown consecutively.

“We have chosen to grow spring beans next year, as they tend to do better than winter beans on our local soils.

“Our spring barley crop for 2021 is aimed for the feed market, because the light black soil is too high in nitrogen for malting barley.

“The weather in 2020 has meant we have lost yield – and therefore profit – across all the crops.

“We have our plans set out, but we may have to adapt them according to the situations we face, and the need to spread the risk.”

Taking opportunities where they occur

Spring barley, oats and spring beans are the spring crops of choice for former Nuffield Scholar Andrew Williamson, who farms near Bridgnorth in Shropshire.

However, the area dedicated to spring cropping will be less than last year, he says, adding that, if possible, spring beans will also go in this autumn/winter.

Mr Williamson says: “Getting hold of winter beans is very difficult at the moment, and recommendations from PGRO suggest that spring beans planted opportunistically in mid-November, if the weather is nice, can do well.”

Of the 320ha dedicated to arable farming, he estimates that this year’s spring cropping will cover about a third.

“We would normally grow spring crops on 25 per cent of our land, but it is slightly higher this year because some big fields in our rotation will be put to spring cropping.”

In fact, last season it made up two-thirds, because of the difficult conditions in autumn 2019, as happened with many other growers.

“We are on silty clay loam, which tends to run together if it gets wet,” he says, adding that although he uses direct drilling around 60 per cent of the time, there is still a need to retain some flexibility and uses as shallow a cultivation as possible to incorporate sewage cake.

Reflecting on his 2020 spring planting, he notes that the spring barley – which was destined for malting – suffered the most with yield and quality. Spring oats did reasonably well, as did spring beans.

“Spring oats are cheaper to grow than spring barley, so the gross margins are better.”

Building relationships with growers who have licences for niche crops has become an important part of the spring cropping strategy adopted by David Hoyles, farms director at G.H. Hoyles in Long Sutton, Lincolnshire

The idea is to work smarter by working together, using his land and water availability.

Based on weighing up risk and reward of growing sugar beet, he has decided that in 2021 sugar beet will come out of the rotation on the lighter silt land, to be replaced by winter wheat and niche crops.

However, the decisions are not set in stone, and there is a need for flexibility.

This is because the constant wet weather in October has led to a frustrating time for growers lifting potatoes and drilling winter crops, as the sodden soils have made most tasks more difficult.

Mr Hoyles says: “Final decisions on spring cropping will very much depend on progress this autumn.

“Our decisions are based around soil health, risk and reward, and take into consideration threats such as climate change, Brexit and trade deals.

“We have to mitigate the potential effects of these until we have more certainty.”