KWS Parkin fell just short of making it onto the 2020/2021 RL and so could be overlooked by some growers, but this small and mighty variety offers something very much in demand, many industry specialists believe. 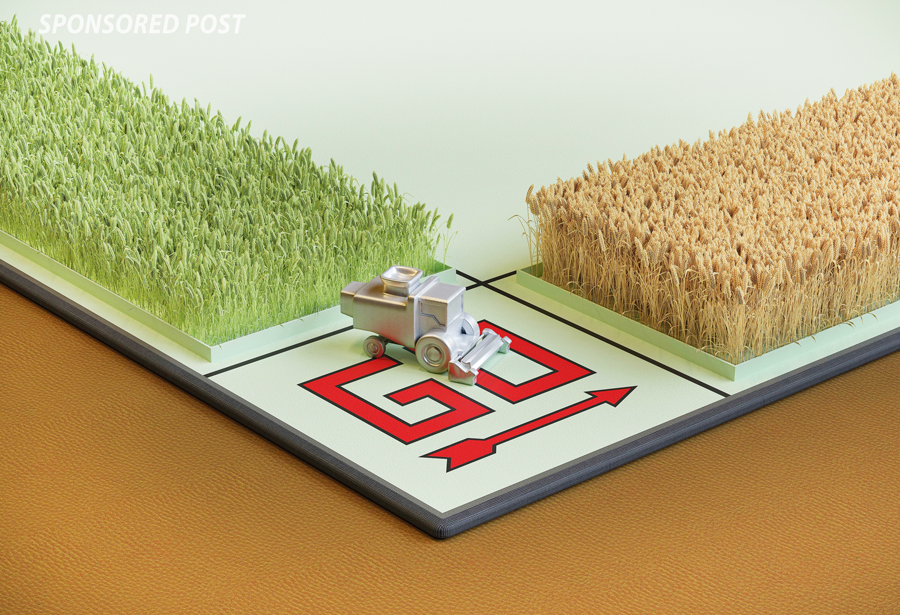 KWS Parkin fell just short of making it onto the 2020/2021 RL and so could be overlooked by some growers, but this small and mighty variety offers something very much in demand, many industry specialists believe.

With its ability to make full use of the early drilling slot, KWS Parkin could be top of the wish list for growers looking to get quickly off the mark this autumn, says COFCO UK seeds manager Russell Frost.

“I think last autumn will live quite long in farmers’ memories and that could be at the forefront of their minds when it comes to variety choice this year.

“No one wants everything ready at the same time, either. If you can spread the cutting window, you’ll reap the rewards in a catchy harvest and again, Parkin’s early harvesting could be a real benefit to many.”

KWS Parkin can be drilled across a range of soil types and it has performed well in both the first and second wheat positions in trials with its early drilling potential being confirmed, he says.

“To get the best out of it, you should really consider drilling it before 25th September. In AHDB and KWS trials, it was in this relatively early slot that the true yield potential of the variety was realised with it significantly out-performing well-known barn fillers.”

KWS Parkin’s other stand-out feature is its height of 78.6cm – an impressive 15cm shorter than the tallest variety on the RL – and it’s super-stiff too, he points out.

“It’s a real variety for today. It can enable PGR applications to be simplified, introduce flexibility into overall management and allow spray windows to be safely widened when workloads or weather conditions permit.

“A score of 9 for yellow rust will help relieve workload at T0 and its untreated yield of 81% of controls is better than the average for feed varieties so it’s likely to be an easy-to-manage variety with a high output.”

According to KWS product development John Miles savings in PGRs due to Parkin’s stem stiffness could equate to £14/ha, but the cost-benefits of its early harvest potential could be significantly more.

“On a larger farm, or in certain locations, having a variety that is early maturing is incredibly important as it allows growers to protect income from the crop by spreading harvest workload and getting the grain safely in the shed.

“Based on the RL figures, Parkin has a treated yield of 102% – which isn’t too shabby – but I honestly believe some growers are now willing to trade slightly on yield because early maturity is just so valuable.

“With a larger combine covering 35ha at11.4t/ha that’s almost 400 tonnes of wheat harvested in a single day worth £63,480 – and that’s before the main harvest has even started.”

“Risk management is becoming increasingly important to us plus we have two combines here and are keen to find a variety to help us spread the workload during the busy harvest season. Parkin’s early harvest could be really useful for us,” he explains.

“A mix of Group 1 and Group 4 wheats are grown on the farm and we decided we should drill 13.6ha of Parkin last autumn to see how it would perform as a first wheat. The options were to sell it either as a barn-filler or as seed for COFCO.”

The crop was drilled at a seed rate of 375 seeds/ m² and although it’s suited for the earlier end of the sowing window, weather constraints meant William didn’t get it into the soil until 21 Oct. However, that hasn’t affected performance, he says.

“Parkin is looking like it will be a good performer for us despite all the problems of the 2019/20 growing season.

“It’s emerged very evenly, matching the performance of its neighbour, Skyfall, and has looked good throughout the growing season. I was so pleased with it, I actually entered the crop into the ADAS yield enhancement network (YEN), so that should help give us a clear picture of what it is capable of.” 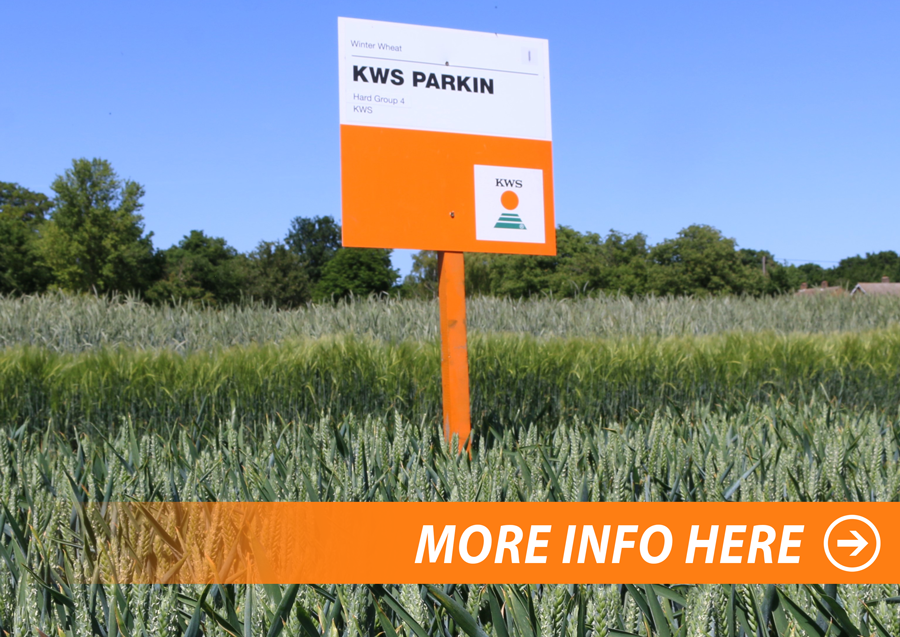