The National Sheep Association (NSA) has today welcomed the news that the Welsh Government has announced its commitment to consider using more British wool as a natural insulation product in Wales’ public buildings. 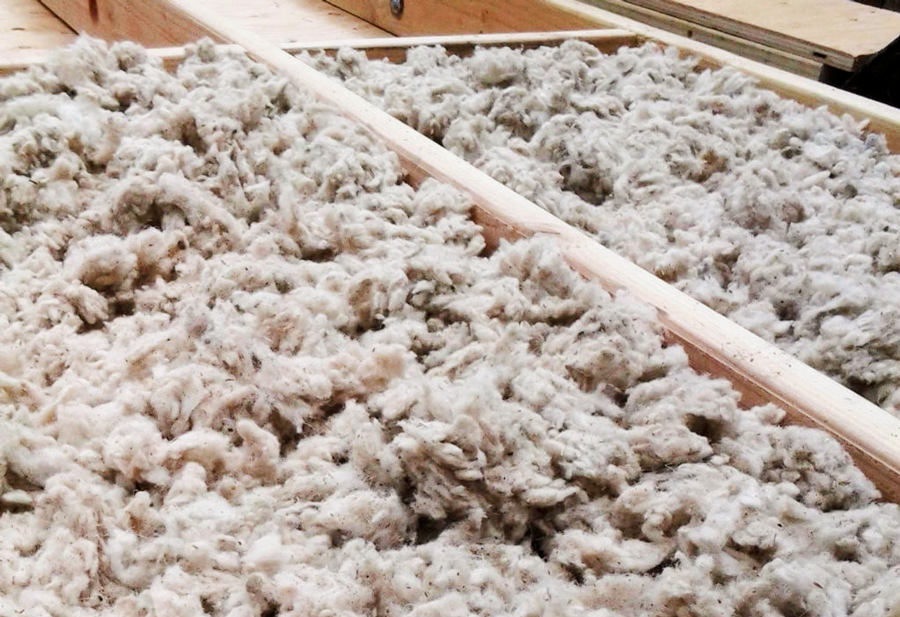 The National Sheep Association (NSA) has today welcomed the news that the Welsh Government has announced its commitment to consider using more British wool as a natural insulation product in Wales’ public buildings.

The move comes after a UK wide petition launched earlier this year called on the UK Government to use sustainable British Wool products for new home insulation and carpeting in any publicly financed building projects. The petition started in response to critically low prices for wool paid to many of the UK’s sheep farmers this summer.

NSA Chief Executive Phil Stocker says: “NSA is very pleased to hear the encouraging news of the Welsh Government’s future intention, aiming to use British Wool in its buildings, a move that we hope has been noted in Westminster and elsewhere, and will become standard for all public buildings across the UK.

“Whilst we welcome this announcement from Welsh Government, we also must recognise calls from opposition parties to confirm this pledge with a more formal commitment to fully ensure this future positive move for the UK’s sheep farmers.”

As many strive to now lead more sustainable and environmentally friendly lives the use of wool for home insulation and interiors is an improvement that offers valuable qualities to homes, businesses and public places. It is fire-retardant, bio-degradable, and the most efficient form of insulation.

Mr Stocker continues: “Wool is such a fantastic resource to use for home improvements such as loft and wall insulation. Some may claim it can cause problems with pest infestation, but this is nothing that cannot be easily overcome by technical creativity through treatment or with the use of additional physical barriers.”

An increase in its use could revive wool manufacturing industries that once were an important sector in the UK. Its use of course also supports traditional sheep farming families working hard to produce both meat and wool whilst maintaining the beautiful countryside.

The online petition encouraging the use of wool in our public buildings is still live and can be signed here. Mr Stocker concludes: “All at NSA would encourage the signing of this important petition. Through increasing pressure on all of our Governments to show their support for British Wool as a fantastic insulating material we can help to secure its future, not just as a by-product to lamb production but perhaps as a product in its own right once again.”