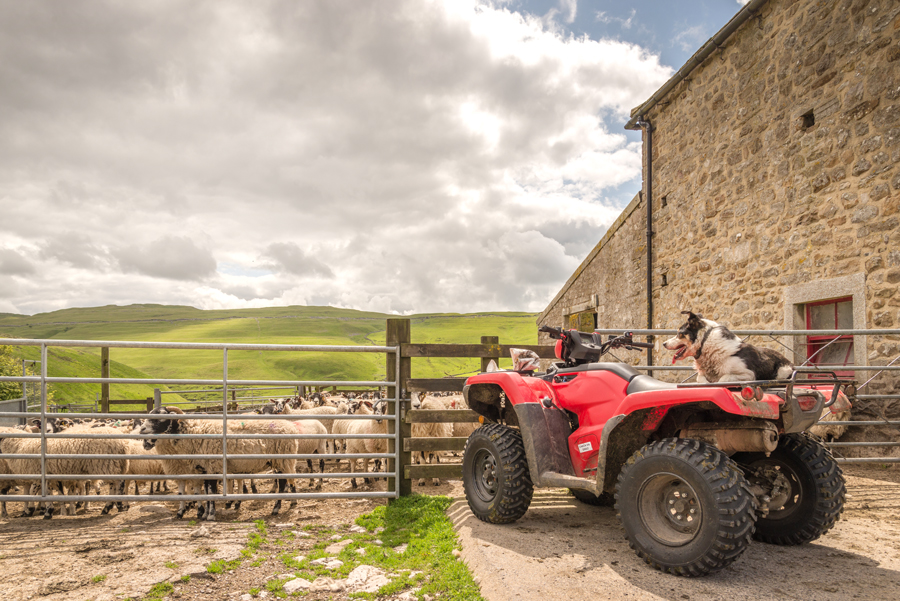 The rural insurer’s theft claims data for 2020 reveals that while the number of quads stolen fell in 2020, thieves are increasingly targeting more expensive, higher specification models.

Farm thieves are also stealing more all-terrain (ATV), larger off-road vehicles. These machines, which often seat two people side-by side and have a load space at the back, can cost two or three times as much as a quad bike. These vehicles now represent 14% of all quad and ATV thefts, compared to 11% in 2019.

To help farmers protect their quads from increasingly sophisticated thieves, NFU Mutual is providing updated security advice. It is also launching a pilot scheme with manufacturers – starting with Yamaha and Honda – to provide customers with free tracking and immobilisation equipment on vehicles bought to replace stolen quads and ATVS, following a paid claim.

Bob Henderson, Technical Engineering Manager at NFU Mutual, said: “Quad bikes are a vital tool on modern livestock farms. During harsh, cold months and at lambing times farmers face a massive struggle to keep their sheep fed and safe if thieves strike and leave them without a quad at the busiest time of year.

“Rural thieves target quads and other farm all-terrain vehicles because they’re expensive kit with a ready resale market in this country and abroad. However, their light weight makes them easier to steal than heavier equipment such as tractors.

“We know that thieves often return to a farm where they have stolen a quad in the hope of being able to steal its new replacement. That’s why we’re working on a scheme initially with manufacturers Honda and Yamaha with Datatool to install free tracking devices and immobilisers to protect our customers from repeat crime.

“We also want to help keep farmers – who often work alone – safe. The immobiliser systems have smart technology which can raise the alarm if a machine has been impacted or rolled over.”

To help members who have been the victim of quad theft to get up and running again, NFU Mutual is covering the cost of the tracker and immobiliser installation and the first year’s subscription. The insurer is also looking to install trackers and immobilisers on other brands if they meet the required standard and fitting cost.

Bob explained that while many types of rural theft had fallen during COVID restrictions the overall cost of agricultural vehicle and machinery theft remained high, as thieves were getting more ‘bang for their buck’ by targeting high-value portable items such as quads and tractor GPS systems.

The insurer is concerned that as lockdown restrictions ease, there could be a surge in thefts from farms and other rural properties as thieves become more active again.

Welcoming the scheme DC Chris Piggott, Agricultural Vehicle Lead for the National Vehicle Crime Intelligence Service, said: “After removal of keys, trackers and immobilisers are the most effective measures against quad theft acting as both a deterrent and also increasing the chance of police recovering the vehicle and catching the people behind these crimes.”

To help farmers cover the costs of fitting security devices to their equipment, NFU Mutual already offers insurance discounts for a range of devices from mechanical measures, CESAR marking, electronic tracking to immobilisers.

To protect quads and other ATVs from thieves, NFU Mutual and the National Vehicle Crime Intelligence Service is issuing the following advice:

DC Chris Piggott, Agricultural Vehicle Lead at the National Vehicle Crime Intelligence Service which works closely with NFU Mutual to combat quad theft said: “Unfortunately the police find that once criminals know the layout of a farm they may return to steal the replacement vehicle or other goods that they have scoped out previously.” 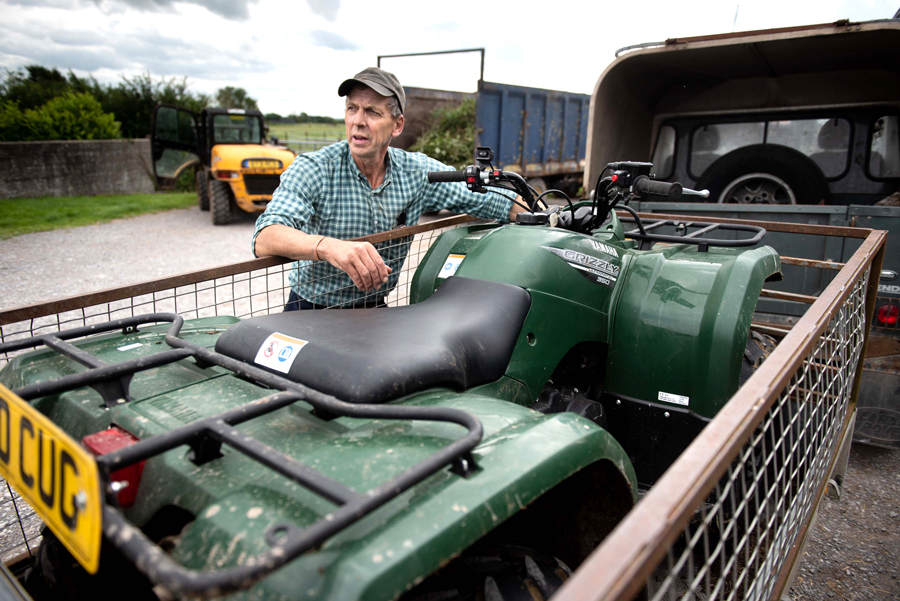 Richard Willcox runs a 220-acre livestock farm near Highbridge in Somerset, rearing dairy heifers and a flock of 80 ewes. He grew up in a farming family and has lived and worked on the Somerset farm for over 30 years.

In May 2020, Richard had a quad bike stolen, almost exactly a year to the day from when one was stolen in broad daylight in May 2019.

Richard explained: “My quad bike was stolen from inside the workshop on the farm overnight. They also took a strimmer, some scrap batteries and other tools from the workshop too.

“A similar incident happened the year before, but that time the quad was taken in the middle of the afternoon. Returning after being out for the afternoon, I found the padlock on the gate broken and the quad was gone. CCTV from the property opposite captured a white van leaving and entering the property and they were in and gone within just a few minutes.

“I have my suspicions that it was the same gang that returned this year. The quad is such a vital piece of kit that they must have known that I would replace it.

“Since the second theft, I have invested in a steel roller shutter on the workshop and a motion sensor inside that alerts us at the house to any movement at night. The new quad also has a tracker installed.

“The theft in 2019 occurred when I had left the farm for the afternoon and you have that thought in the back of your head each time the farm is vacant that something like that might happen again.”

Richard has also experienced cases of “cold-callers” coming to the farm to stake out what is there and, having spoken to neighbours and fellow farmers, knows that there are often sightings of suspicious vehicles in the area.

“It is unsettling to think that people might be staking out the farm and trying to work out what we have here, particularly as it’s not just a place of work but my home too. I’m sure the thieves know the layout of farms in the area and come prepared to load up quads and any other equipment they can get their hands on.

“I get cold callers coming to the farm offering to buy scrap metal, but I can tell which ones are genuine and know that the others are using it as a chance to get on site and see what’s here.”

As a sole trader, Richard relies on his quad to get him out and around the farm quickly, using it for everything from rounding up sheep to getting feed to cattle.

“I use the quad almost every day so it had a real impact on my work not having one when it was stolen, I really couldn’t do without it,” he added.