The 4th Show and Sale to be held by the Valais Blacknose Sheep Society and their second AGM, promised to be a huge celebration, and without a doubt it was. 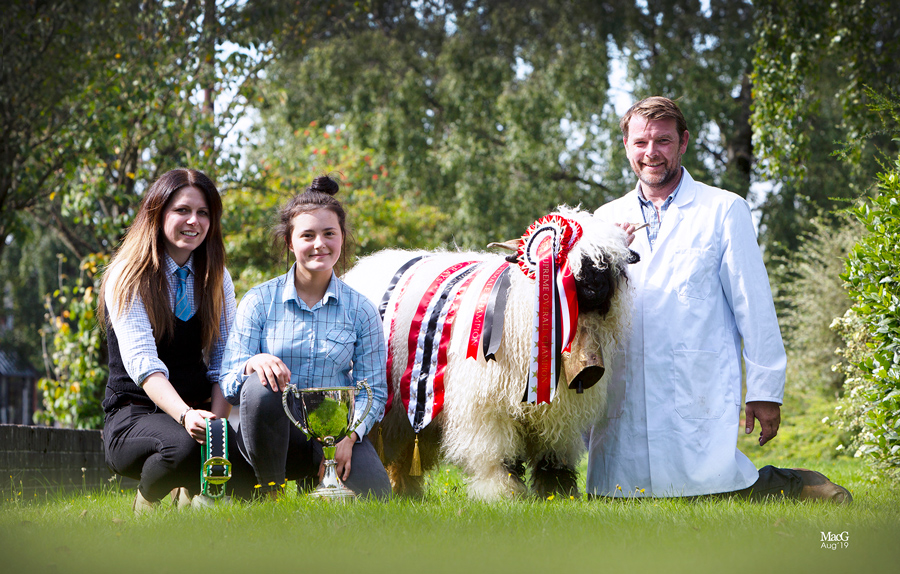 The 4th Show and Sale to be held by the Valais Blacknose Sheep Society and their second AGM, promised to be a huge celebration, and without a doubt it was. Organisers confirm overall entries and visitor numbers for the two-day event to be record breaking, and the show the biggest gathering of Valais Blacknose Sheep in the UK to date.

Apart from the biggest shows in Switzerland, this was one of the largest gathering of Valais Sheep ever seen by the judges. The Valais Blacknose is the UK’s fastest growing sheep breed, and as such, the sale had attracted breeders from across the UK, Judges from Switzerland and buyers from around the world. Held at Harrison & Hetherington’s Borderway Auction Mart, Carlisle, there were over 240 Valais Blacknose Sheep entries in the show, some of which were the best of the breed ever seen in the UK.

This was especially so for Jenni McAllister and Raymond Irvine retaining their Supreme Champion title for the 4th year running this time with their ewe Highland Erin II. Judges Philipp Truffer and Laurent Egger awarded Reserve Champion to Jamie Wood’s Prendwick Fredwick. Prendwick Dot was placed as Reserve Female and Highland Glen owned by Mhairi Hosking of the Rosehall flock winning Reserve Male. For the second year, special rosettes were awarded to all the sheep which were graded with Maximum Points by the judges. The first of only 7 was presented to Jamie Wood’s Prendwick Dot, followed by Highland Erin II, Moorahill Fifi owned by the Snowdonia flock, Kinneff Gorgeous, Prendwick Fredwick, Highland Glen owned by the Rosehall flock and finally Deepdale Godzilla.

Keen to encourage the next generation the young handler’s classes saw over 20 entries across both classes, the Age 8 and under young handler class winner was Isla Goldie with best young handler age 9 and over awarded to Izzy Jacobsen.

Today Valais Blacknose Sheep that don’t comply with breed standards are purchased as ‘pets’, in celebration of this the society introduced two new classes at this year’s show providing a competing platform outside of the main ring for these much-loved animals. 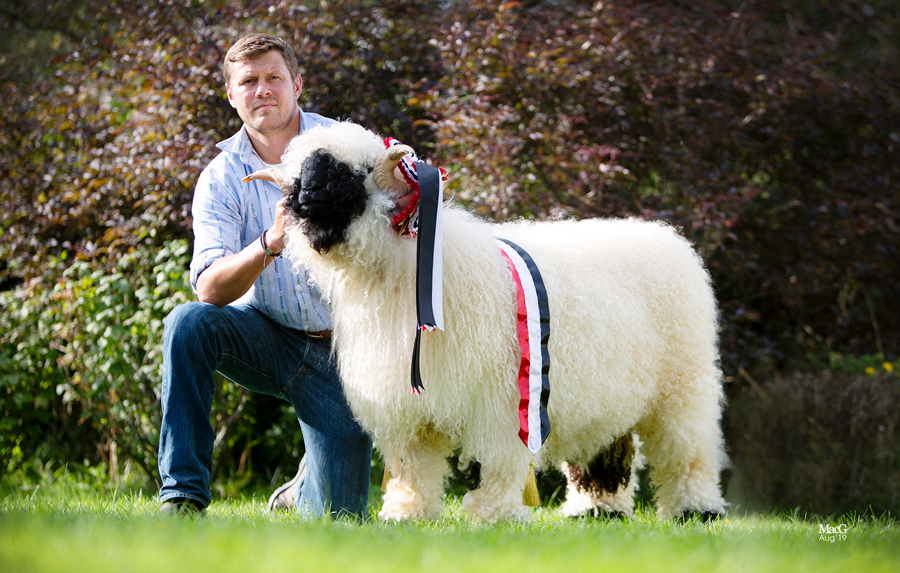 2. Best Fancy-Dress Class (including wethers): Sheep and owners competed as fancy-dress duos which was be judged by Terry Deary the renowned author of Horrible Histories. Class winner went to Aleisha Mclaughlin of the Hatton flock with Tiptop Barbour.

Since being established as a Society in 2014, by Jenni McAllister, Raymond Irvine and Jamie Wood, the breed has gone from strength to strength. The sale following on from the show, saw 19 Blacknose Valais sheep go under the hammer, with Welsh breeders Gerallt and Kerry Jones of Snowdonia Valais Blacknose’s Shoemakers Victor shearling ram topping the sale and setting a record at 11,000gns. Following at 6,500gns was Highland Eve a 2-year ewe from the noted Highland flock belonging to Raymond Irvine and Jenni McAllister. Northern Ireland breeders Elaine and Michael Boyle sold Oakclose Gemini, an ewe lamb for 5,500gns and Oakclose Fantasia, a shearling gimmer for 5,000gns.

“We have had the most fantastic day, Raymond and I are thrilled with the results, both for ourselves and the Valais Blacknose Sheep Society as a whole. We would like to say a huge thank you to the Judges who travelled from Switzerland and Marita Asp Tauni, for coming from Sweden and doing such a fantastic job commentating on events.

We are delighted to confirm that we received a record number of both entries and visitors to the show this year, it’s been an absolute pleasure to welcome everyone to what has been a terrific two days of competitions and celebration of breeding excellence. Year on year the show goes from strength to strength and it’s especially encouraging to see the next generation of breeders shine in the young handler classes.

I would like to thank our mainline sponsor GSC Grays, for their incredible support every year. Tomintoul Distillery who generously donate class prizes and the Supreme Champion Trophy. And finally thank you to all our sponsors, some of which travelled from as far as America and New Zealand to attend the show personally. Everyone’s assistance, help and support are invaluable to VBSSUK.

As with any show, there is so much preparation, effort and hard work beforehand, both for the exhibitors and the organisers. Everyone should be very proud as it’s been a truly successful event and bigger than ever. Thank you to all who attended, supported, took part and visitors from far and near. We look forward to welcoming everyone back next year.” 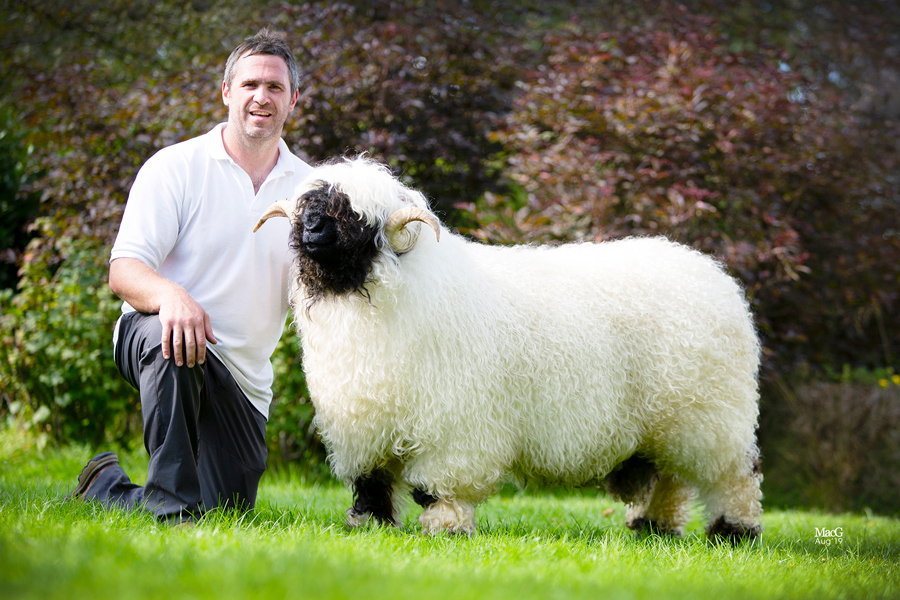