Livestock fibre feed manufacturer Sundown Products was victim to a large straw stack fire that took hold on the morning of Tuesday 31st August 2021, in a field just south of the A14, near Thrapston, Northamptonshire. 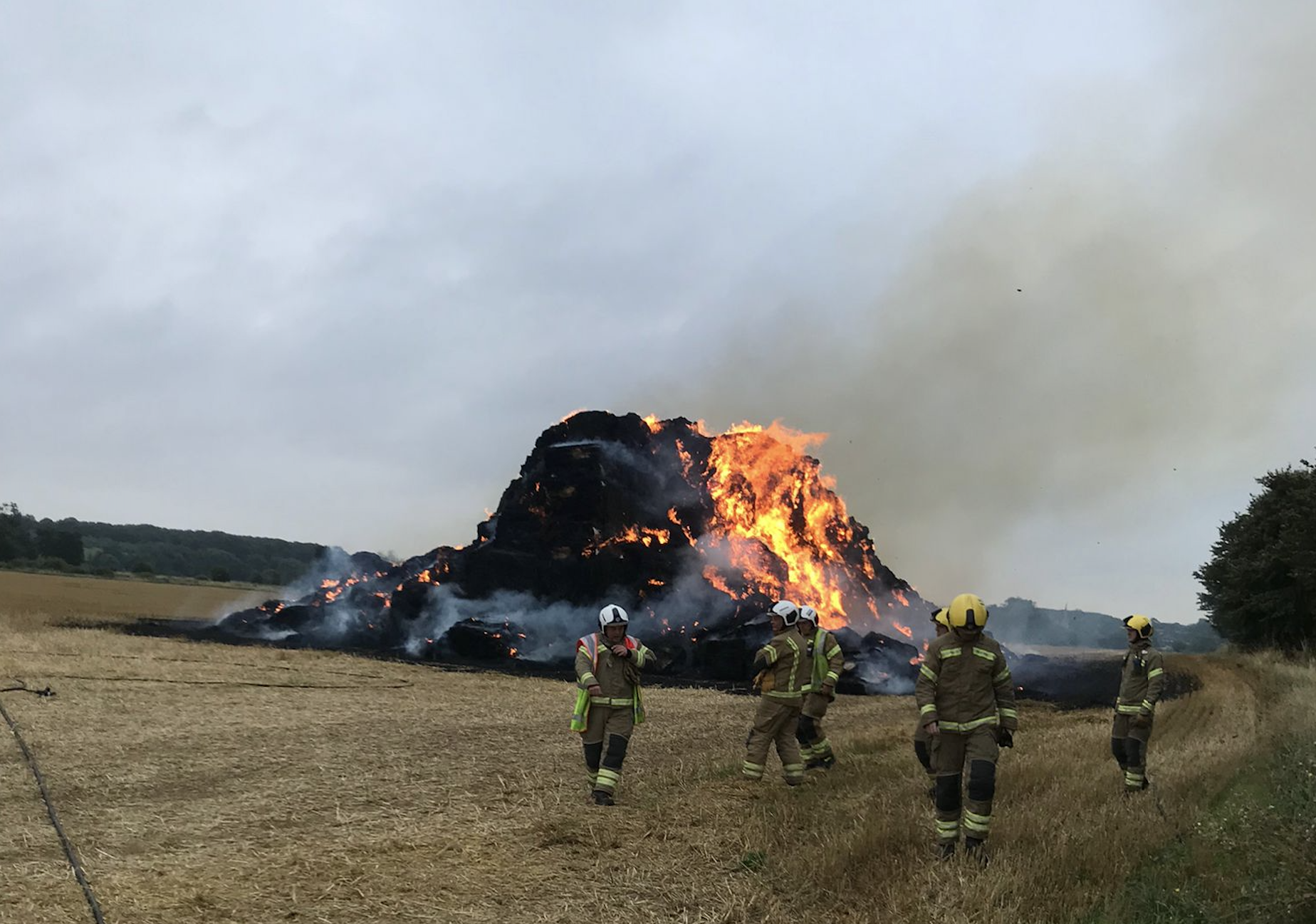 The company has reassured customers that supplies of its Nutritionally Improved Straw (NIS) feed product and poultry bedding are unaffected from the straw stack fire.

The stack contained around 600 large straw bales and weighed around 300 tonnes. Sundown’s baling team had only completed the stack on Saturday 28th August, and it had been due to be moved within the next few days due to its highly visible location and proximity to local footpaths.

Northamptonshire Fire and Rescue Service was called at 7.20am after smoke was seen from the A14 and appliances from Thrapston, Kettering and Rushden attended the scene.

The stack of 600 bales represents around one and a half to two days-worth of production at Sundown’s manufacturing facility, which produces NIS for ruminant livestock producers, as well as bedding products for the poultry and equine sectors.

Director at Sundown Products, David Cubitt, says: “A straw stack fire is always very upsetting, and even though the straw was insured it’s so frustrating for our team who have worked so hard this harvest to bale our straw from local farmers.

“We are grateful that nobody was hurt and extend our thanks to those that reported the fire and the Thrapston, Kettering and Rushden fire crews that worked quickly to extinguish it and prevent the fire from spreading. An investigation into the cause of the fire is ongoing.

“Although it looked like a large stack, it was quite a small amount of bales for our production facility. Our customers can be reassured that supplies of NIS are unaffected. We are still taking orders for winter feed, and poultry bedding deliveries are continuing as normal.”