Fourteen-year-old Ollie Brightwell started making farming videos after being given a drone and teaching himself to use video editing software just a few months ago – but already he has had tens of thousands of views on YouTube. 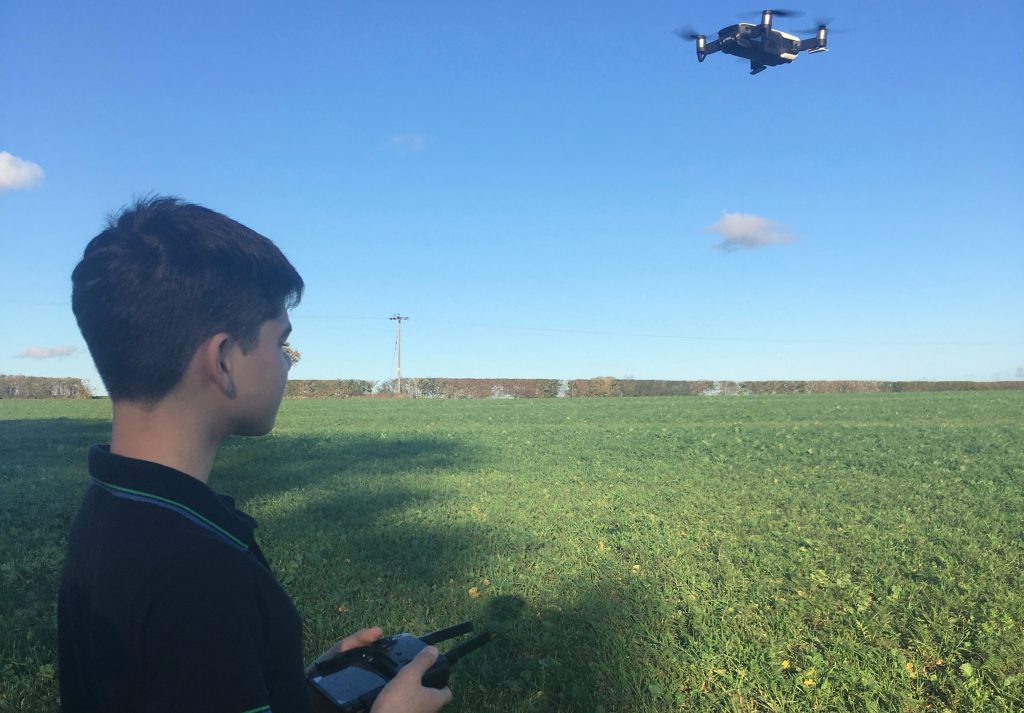 Fourteen-year-old Ollie Brightwell started making farming videos after being given a drone and teaching himself to use video editing software just a few months ago – but already he has had tens of thousands of views on YouTube.

Growing up at Red House Farm in Elmsett, Suffolk, Ollie says he had always wanted a drone and after recently managing to save up enough, decided to start his own YouTube channel, AgriAir UK, inspired by the farming videos his dad watches from around the world.

Asked what he most enjoys about his videos, Ollie says: “I like everything about creating the videos but my favourite part is seeing the unedited drone footage for the first time on a larger screen, as I am not sure what I have filmed just looking at my phone when I am flying the drone.

“I also like looking at the statistics to see how my videos are performing, for example average view duration and how my video was discovered. As farming is seasonal, I get to create a variety of videos without having to travel far. The subject is always changing so my videos can differ throughout the year. Also, it is very local and is often within biking distance.”

Ollie is completely self-taught and has learnt through trial and error, and watching tutorials. Since July he has made 25 videos and already has over 200 subscribers and more than 30,000 page views, with his videos watched in over 30 countries and six continents.

Commenting on his videos, Ollie’s dad and Suffolk-based farmer and contractor, Sefton Brightwell, says: “Ollie is great with technology and as with many of his generation it has become second nature. I think he sees flying his drone and capturing the best possible footage as an outside computer game!

“He’s always been a naturally calm, conscientious boy which seems to be an ideal combination for flying the drone and then editing the footage. My passion is machinery and his videos are great for seeing the machine and its performance from a different perspective; his footage was very helpful with setting up the straw chopper distribution on the combine.”

From a non-farming background, Sefton set up a contracting business after completing a National Diploma in Agriculture at Writtle College. Combined with farming small areas of land, the contracting portfolio allowed him to successfully tender for the 260ha Red House Farm in 2009.

Since then, the area farmed has increased due to further tenancies and contract arrangements growing combinable crops. As a contractor, Sefton has introduced many local farmers to non-inversion tillage and continues to explore new techniques to improve his own profitability as a farmer.

Ollie says he plans to continue creating videos around his schoolwork and hopes to follow a field for a year and perhaps even create vlogs.

Openfield and Roger Warnes Transport get IT right

Concerned over the difficulty and cost of installing security at your farm?