Increased use of tracking security devices on tractors and quad bikes has helped Police Scotland recover stolen farm machinery worth hundreds of thousands of pounds. 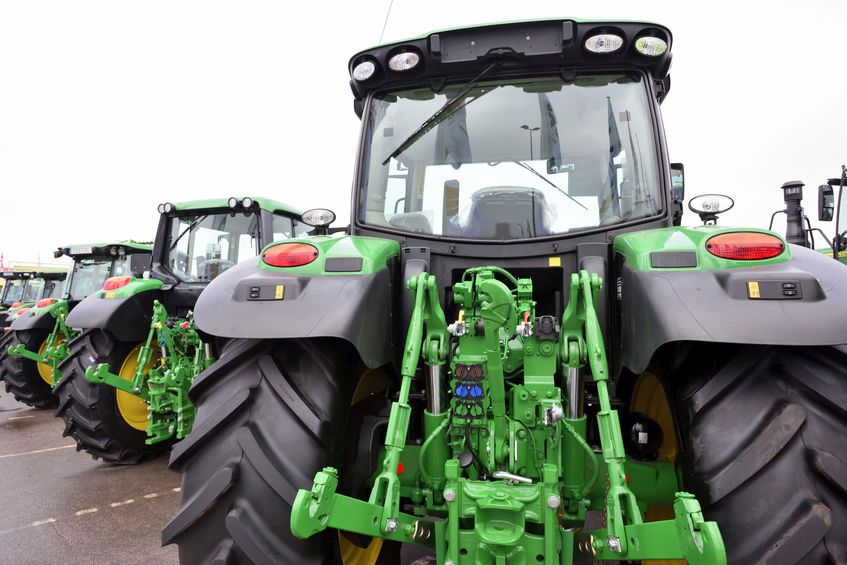 Increased use of tracking security devices on tractors and quad bikes has helped Police Scotland recover stolen farm machinery worth hundreds of thousands of pounds.

Last year Police Scotland recovered tractors, quad bikes and other farm equipment valued at £893,000. The recoveries have continued in 2020 with 130 vehicles worth over £400,000 returned to their owners in the first four months of the year.

More farmers are using CESAR marking and fitting Thatcham approved tracking systems to farm machinery – helped by up to a combined 25% premium discount off their vehicles on an agricultural vehicle policy insured through NFU Mutual.

“This year SPARC’s focus is crime prevention – helping farmers make it much harder for criminals to steal through improved security measures and more effective use of rural watch schemes. As a result, more farmers are now fitting trackers which have resulted in us capturing more of the criminals involved.

“Aberdeenshire, Lanarkshire and Lothians and the Borders regions were the most consistently targeted areas over the course of the year. This shows a clear route for our criminality as we now know a significant number of those committing rural crimes in Scotland are located in the North East of England – particularly the Cleveland/County Durham areas.

“While overall rural crime levels have fallen during COVID-19 restrictions, thieves are still targeting farm machinery and we are responding with regular patrols of rural areas and stopping suspicious vehicles. After lockdown eases, we’re in uncharted territory. We may see a slow increase, or a sudden surge as the financial impact of the pandemic cuts in for many people.”

Rebecca Davidson, Rural Affairs Specialist at leading rural insurer NFU Mutual, said: “These are great results and clearly show how police can take action to clamp down on rural criminals when they can make use of reports from individuals and farm watch groups on stolen equipment and suspicious sightings of people and vehicles.

“Since it was formed in 2015 NFU Mutual has worked closely with SPARC and provided £250,000 to help finance the initiative.

“Many farm vehicles now have so-called smart keys containing electronic information needed to start the machine, so it’s vital that keys are removed from machines and stored securely in a remote location. Other measures including CESAR marking, immobilisers and tracking devices are proving effective in deterring thieves and aiding police recoveries.”

Detailed new information about the cost of rural theft across Scotland and other parts of the UK will be available in NFU Mutual’s 2020 Rural Crime Report, available from 3rd August on: nfumutual.co.uk

1. Remove keys from tractors, quads and loaders when they are not in use and keep them locked in a secure building.

2. Keep your machine locked up and out of sight. Thieves often stake out a farm before they raid, so where possible store machinery in a locked building or where it can’t be seen from the road

3. Use the CESAR marking and registration system. Markings make your property less attractive to criminals and can help recover your belongings if they are stolen

4. Install immobilisers and trackers on tractors, loaders and quads. Thieves can’t take what they can’t start and won’t want to be found if they make off with your property

5. Know what you own. Take pictures of your vehicle and record serial numbers

6. Join a local rural watch group linked to SPARC and report any sightings of suspicious activity