6 steps to manage soil and black-grass around harvest

Decisions taken during harvest can have repercussions 12 months later. With farmers determined to recover from a difficult 2019/20, what steps can they take to increase the chances of a successful crop next year? 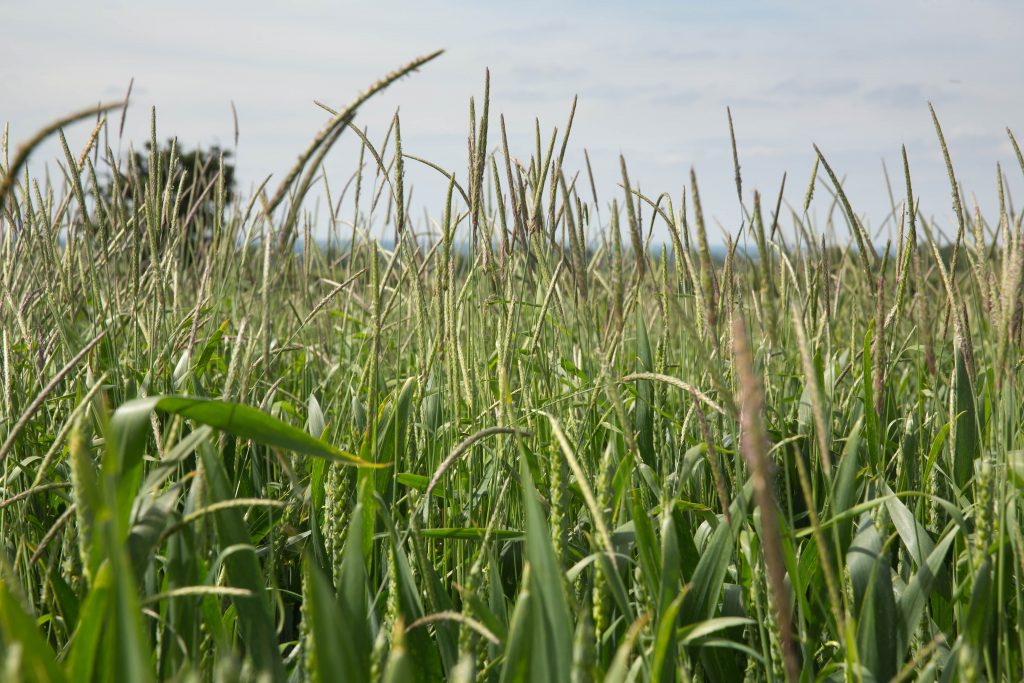 Decisions taken during harvest can have repercussions 12 months later. With farmers determined to recover from a difficult 2019/20, what steps can they take to increase the chances of a successful crop next year?

Prevention is always better than cure. Aim to make harvest operations as efficient as possible. Reducing the amount of travel over the ground and keeping it in set tramlines reduces the risk of widespread compaction. Any soil damage is likely to need significant cultivation after harvest which increases workloads and may interfere with grass weed control plans.

Watch out for weed seed

Machinery can easily move seed from problem weeds like black-grass and brome around the farm. If practical, combine bad weed areas in the field last and then blow down any equipment before moving on. This ensures infestations and herbicide resistance do not spread too quickly.

Identify areas of the field for further investigation and treatment after harvest. Soil problems and weed patches are often easy to spot during harvest using yield maps or simply noticing from the combine.

A targeted approach for deep cultivation

Find out what is happening beneath the soil surface by looking for rooting at depth and any obvious pans. Base any cultivation on the level of compaction rather than taking a one size fits all approach. Because of the rapid onset of rain last autumn, problems in the surface rather than at depth are more prevalent this season. Unnecessary deep cultivation is expensive and can mix weed seeds within the soil profile making autumn weed control more difficult.

Stale seedbeds are valuable tool for black-grass control in wheat crops. Ensure that all primary cultivation is complete before moving on to stale seedbeds. Any light surface action to stimulate germination needs to be at greater depth and disturbance than the drilling operation later in the season.

Prepare for the autumn herbicide programme

Preparing a good seedbed pays back twice in better establishment and better herbicide performance. Residual herbicides such as Liberator (flufenacet + diflufenican) require a good, consolidated seedbed free of trash and clods. Added to that, good soil structure and some moisture allow flufenacet to be fully mobile in the soil and reach the weed germination zone to take effect.