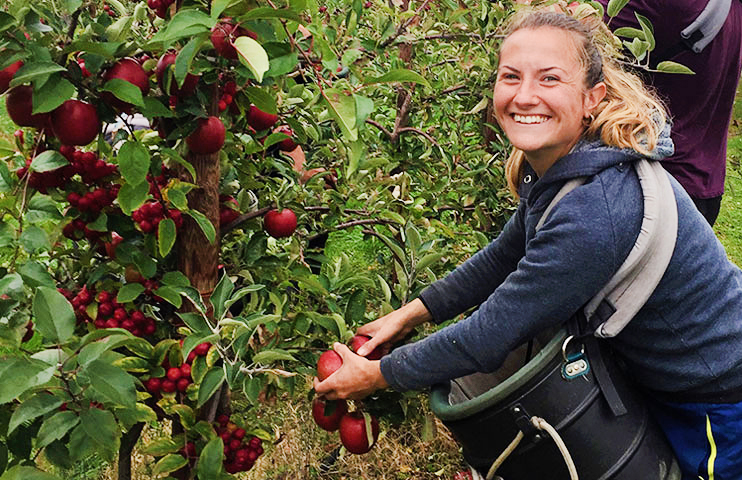 As COVID-19 continues to change life in the UK, British apple and pear growers are starting an ambitious recruitment drive to mobilise the UK’s workforce. Brits are being encouraged to take up the challenge to help bring in the apple and pear harvest in our orchards and support our farmers’ efforts to get fresh fruit to the nation.

Over 11 million people could end up furloughed or unemployed over the next three months and, at the same time, the fruit picking industry is facing severe staffing shortages. The British Apples & Pears organisation estimates that 10,000 picking jobs will be available in their members’ orchards from August to October. There will be a much smaller number of jobs available in June for apple thinning and summer pruning in orchards and these are critical to ensure we have a great harvest later in the year.

Ali Capper, executive chair, British Apples & Pears, comments: “It’s never been more important to deliver healthy British produce to consumers. Our newly launched recruitment campaign is designed to put people looking for work in direct touch with apple and pear growers who need help getting our delicious fruit from the trees to our tables. Fruit picking is hard work, but it’s rewarding knowing that you’re doing a valued job and it’s also a great time to be out in the beautiful British countryside.”

Harvest workers are paid at the national living wage and on many farms a productivity bonus is paid to workers based on the quantity and quality of their picking.  The British Apples & Pears recruitment campaign will include targeting people who had previously worked in the hospitality industry and have lost their jobs due to COVID-19, as well as university students and workers from other sectors.

To find out more about the apple and pear orchard job opportunities, visit: https://britishapplesandpears.co.uk/job/