Preparing the ideal stale seedbed ahead of a direct drill is an exacting task and like many farmers, Richard Budd has tried a number of approaches at Stevens Farm, near Hawkhurst, Kent. 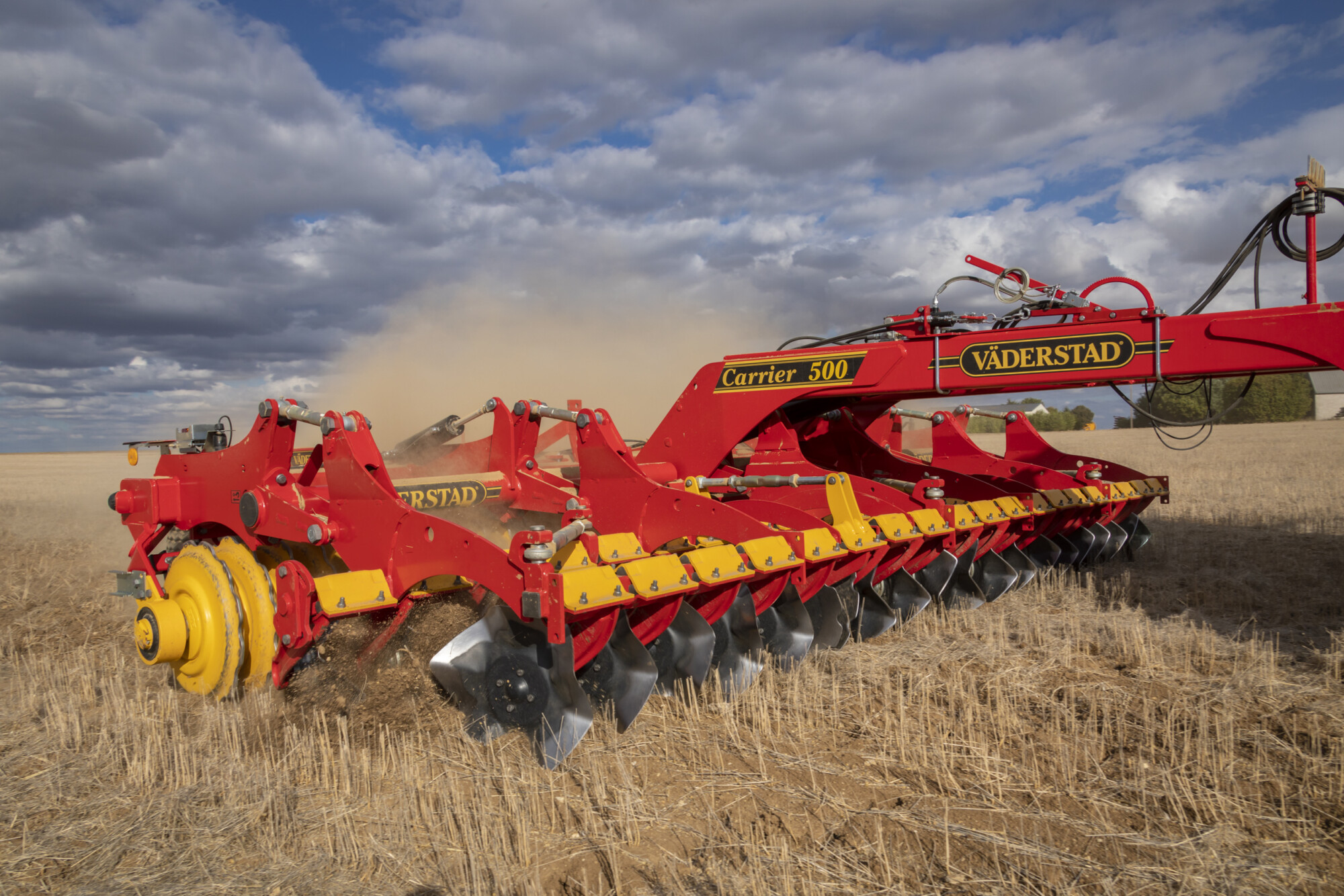 With 900ha of combinable crops on land that varies from Weald clay to Tunbridge Wells sand, the focus is on winter cereals – but, juggling the rotation can mean that volunteers are an issue, as well as black-grass.

Volunteers have become a particular problem in winter barley after winter wheat where admix can lead to penalties knocking £15–20/tonne off net margins.

“We need to create an effective stale seedbed post-harvest so that we can go in and spray off ahead of a Sumo DTS direct drill,” he explains. “We tried a Sumo Strake but found it was not moving enough soil. We also looked at other disc systems but we don’t need to work at depth and risk pulling up weeds from below the surface, just to move soil evenly across the working width.”

The solution came in the form of a 6.5m Väderstad Carrier fitted with CrossCutter discs, chosen to work in the farm’s 30m CTF system.

“The CrossCutter disturbs the surface and chits weed seeds to encourage a green flush,” he explains. “It works to just 10mm deep but the two gangs of discs ensure that it moves soil and mixes across the whole surface.”

Designed as a high-speed operation, Mr Budd reckons to travel at 16–18kph with the Carrier pulled by a Challenger tracklayer and can cover more than 60ha a day in the right conditions.

“It’s a quick, easy operation that also produces a slight tilth to drill into; the packer roll crushes any clods effectively leaving a fine, level surface and we rarely need the leveling boards.”

Described as simple to set up and operate, the Carrier is set at its highest working depth and does not dig in.

“We use the Challenger for convenience, but when it is tied up with drilling the Carrier can be pulled by our Fendt Vario 724 with no trouble,” says Mr Budd.

Richard comments that the cleaner seedbeds give him more options with rotations while retaining the benefits of direct drilling.

“It might be considered a compromise but we’ve not had to resort to min-till to get the results we want. We had a shallow disc cultivator before but it tended to cultivate in bands, leaving 50% of the working width untilled. There was not enough of a flush with one pass, so we had to go in again, whereas with the Carrier and CrossCutter, it’s one operation and we can close the gate on it until we are ready to spray off for the drill.”

He points out that the weed flush also acts as green cover ahead of drilling, avoiding the need to plant a catch crop.

A first Väderstad machine for Stevens Farm, Mr Budd comments that he has been impressed with the durability and build quality of the Carrier.

‘A reputation for excellence and efficiency’