Impressive yields despite the flea beetle

Many crops across the region have yielded well or better than might have been expected, although, country wide, yields have undoubtedly shown considerable variation. 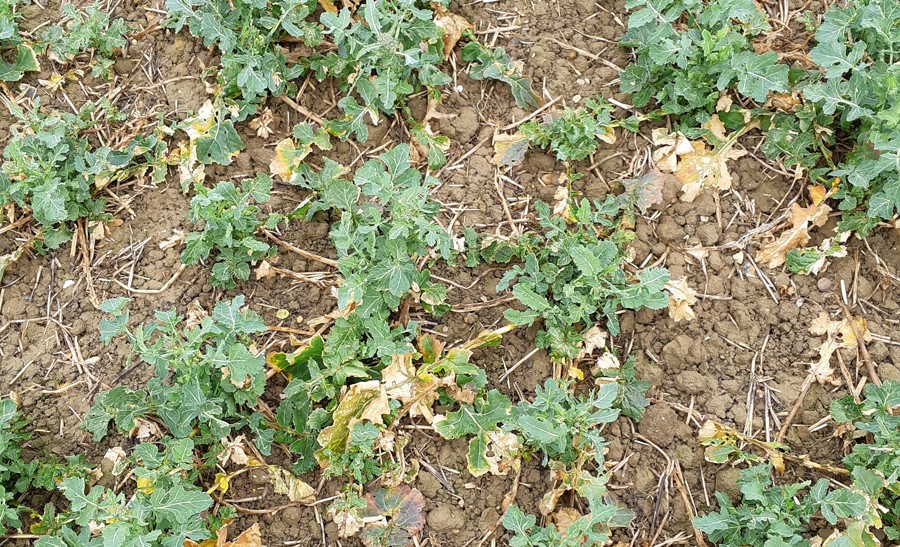 Many crops across the region have yielded well or better than might have been expected, although, country wide, yields have undoubtedly shown considerable variation.

Andrew Smooker, BASF Agronomy Manager said, “The InVigor varieties at the three BASF demonstration strip trials (DST) in East Anglia all yielded around 5t/ha. At Stonham, in Suffolk, adult and larval CSFB pressures were vast and yet still these varieties yielded over 5t/ha.”

The Stonham trial was hit by CSFB virtually as soon as it emerged at the end of August last year. Matt Keane BASF Agronomy Manager said, “It grew away from the adult feeding damage but it did affect the plant population. Out of winter into the spring, the plants seemed to get away alright, InV1140 is particularly fast out of the blocks in the spring but there was a lot of larval damage in all the varieties.

We sampled 25 plants per variety with ADAS and did larval counts in March where we found in the region of 80 larvae per plant. These larvae caused a real range of damage to the crop, taking the main stem out on a lot of plants, however by harvest time the plants looked more normal than I thought they might.”

Sacha White, ADAS Research Entomologist said, “I have been speaking to growers this summer who are reporting really big variations in their yields; there have been some who have seen big reductions on much lower larval numbers than BASF had at Stonham. The fact that we are getting the conflicting impact on yield with different larval populations shows that there is something going on that we just don’t understand and I suspect that is to do with the date of egg hatch; how early the larvae enter the plant and therefore how big they were. There is still a lot we need to find out and we are getting there.”

With supplies of oilseed rape tight in the UK and across Europe prices are well supported as growers begin to drill next season’s crop.

Matt Keane BASF said, “I haven’t spoken to anyone who usually grows winter oilseed rape and isn’t this year and I think it’s down to the fact that it is the best option for a break crop and prices are buoyant. Currently drilling conditions are good; soil temperatures are decent and there’s a bit of moisture there.”

Andrew Smooker BASF said, “High yields in winter oilseed rape have been shown to be linked to key developmental and weather factors including good crop establishment and well rooted plants going into the winter, good light capture in April and no moisture stress in May and June. Several of these factors prevailed in some crops last season. I hope we don’t see the very high levels of CSFB again this season, however, clearly the extent of CSFB damage isn’t always an indication of how the crop will yield because otherwise we wouldn’t be getting 5t/ha in these trials.”