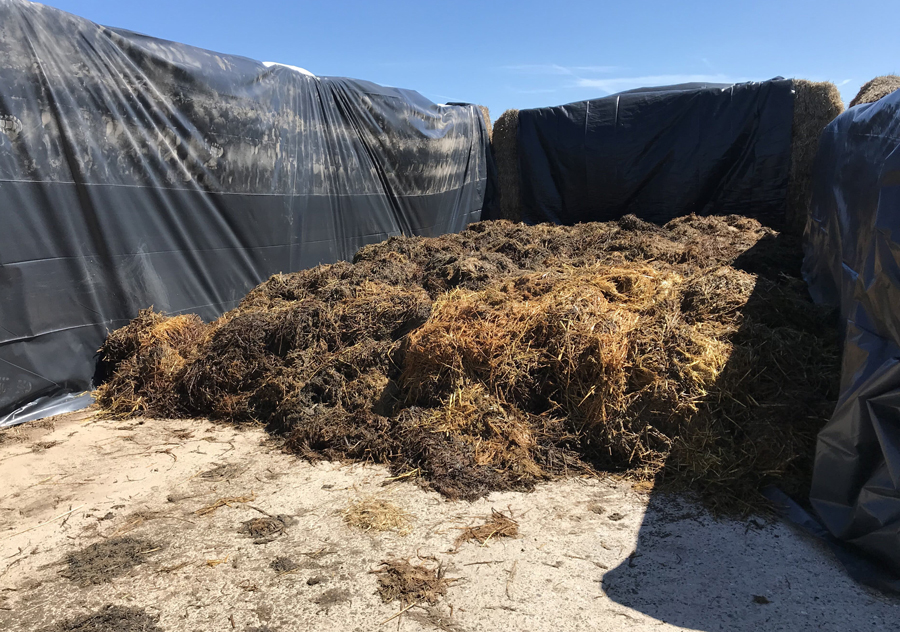 Sam Walker, a tenant beef and arable farmer of Clinton Devon Estates, has been concentrating on improving the organic matter in his soil by trialling the use of Bokashi over the past year and has so far seen a range of benefits.

“Since trialling Bokashi, I have saved time spreading the fermented compost back on the field. Compared to traditional compost, Bokashi seems to break down quickly, resulting in a finer product which is easier to spread.

“In the past, after spreading compost, there would still be large clumps left in the field up to three months later. This could cause significant problems when cutting for silage as straw residues were sometimes still present, contaminating the forage. But, from what we have seen with Bokashi so far this has not been an issue,” he explains.

Following advice from Andrew Sincock, commercial director at Agriton UK, last year Sam cleaned out manure from his cattle sheds, mixed it with inoculants, seashells and clay and then stacked it under a sheet for six months to create an anaerobic environment for the fermentation process to occur.

“Standard compost heaps can lose a lot of carbon and heat while stacked up in the sun but Bokashi heaps don’t due to the fermentation process. 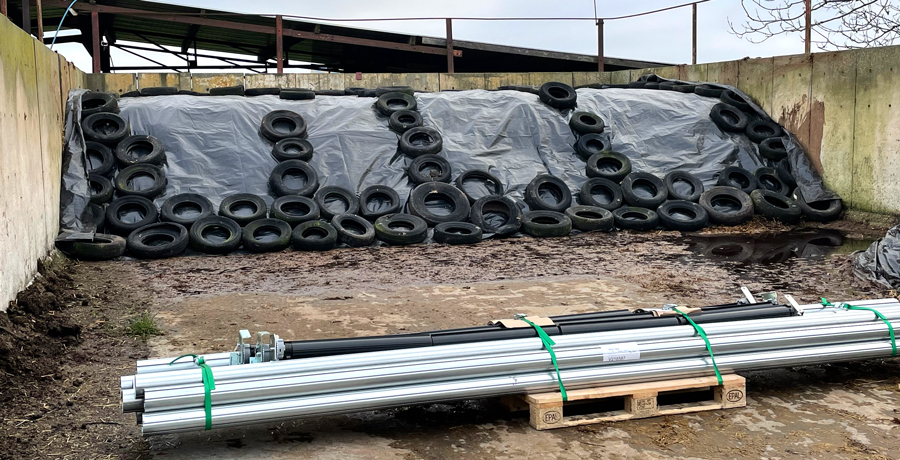 “Carbon and nutrients are therefore retained, and this fermented compost can then be spread back onto the fields as a nutrient dense source of carbon, benefitting the soil and helping to boost organic matter,” says Sam.

“There’s a lot of talk currently in the sector about boosting soil health, increasing organic matter, and reducing emissions. With that in mind, Bokashi could play a relevant role for many farmers managing different systems, to achieve such aims and is a cost-effective solution too.

“The organic matter level of my soil is currently as low as 1% in places, but I would like to increase this to 5% and I potentially see Bokashi as the way to do this practically from the results we have seen over the last year,” he says.

“As with lots of farming practices, change can take time, especially building up soil organic matter. But, with Bokashi I have started to see definite changes to my soils and how much time I spend mixing my compost so it’s a practice I could see benefitting many other farmers,” he adds. 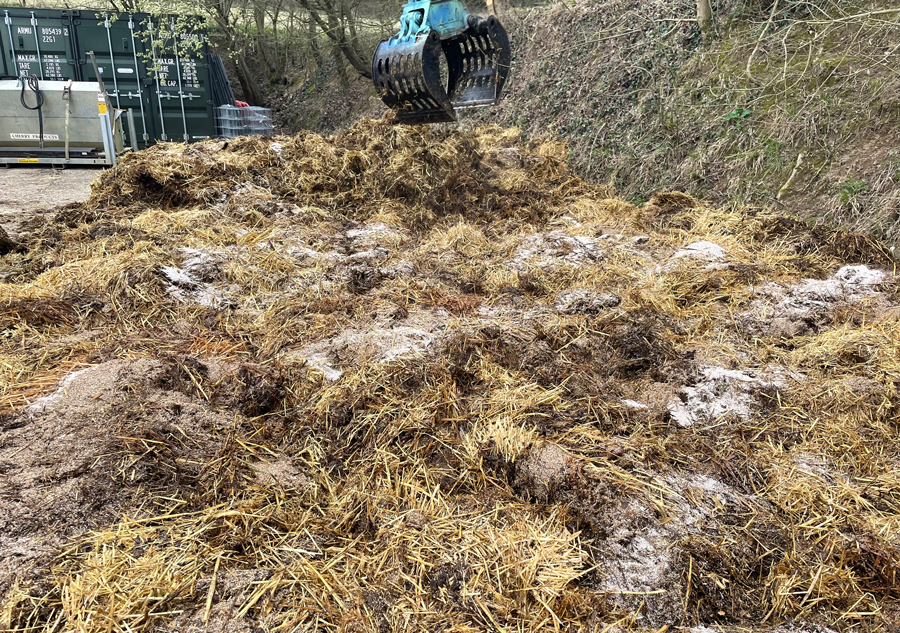 Tune-in on the Tramlines