Having grown up in the city, working traditional 9-5 office jobs, Michelle and Robert Sullivan one day found themselves in limbo, and decided to take on an entirely different challenge – growing ‘veganic’ produce in rural Aberdeenshire. We spoke to them to find out more about their journey. 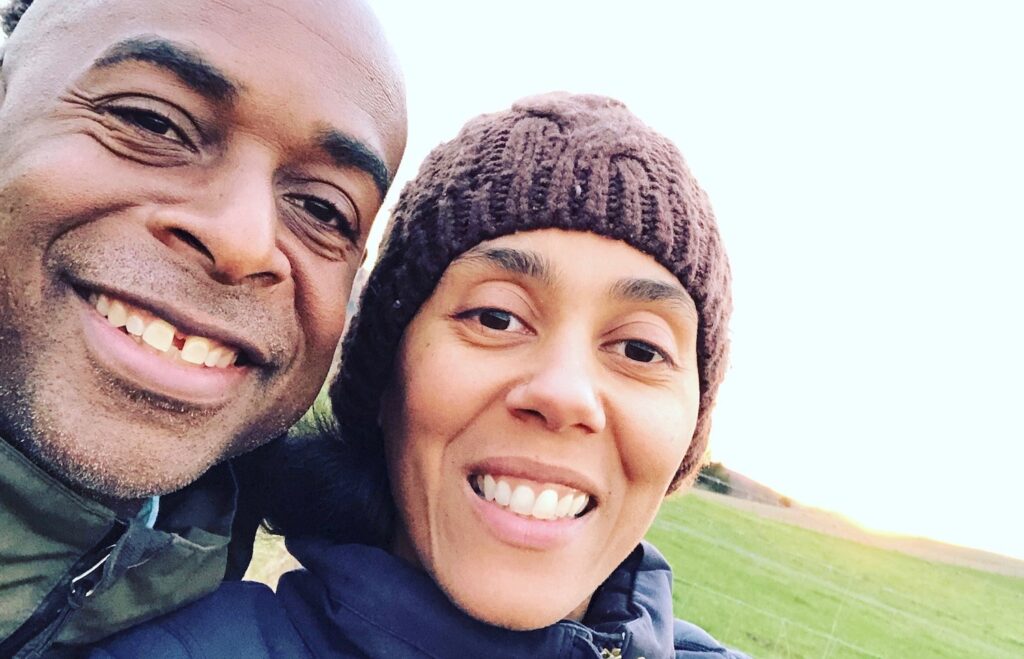 Before setting up The Artisan Grower, ‘agripreneurs’ Michelle and Robert say farming was not on their radar – born and raised in Reading, Michelle worked in project management in telecoms, while Robert did business development in London.

But after 9/11, finding work in IT and telecoms became more difficult and Michelle began reading Country Living by Ellen White – a book that showed her the benefits of rural life, and one she would return to later on when the family hit further challenges. As the couple’s family grew, and they began to take their faith more seriously, they decided to move to Scotland.

Robert had been studying law but quickly realised his English degree would not translate in their new Scottish home, and Michelle says she returned to the Country Living book “in despair”. Coupled with their faith, which advocates a career in agriculture as a favourable one, they decided to plunge into farming “head first” with no previous experience.

Using every resource they could lay a hand on – including seminars, YouTube videos and books – they began researching and were particularly struck by stories about market farmers and gardeners. After officially starting farming in 2016, now, The Artisan Grower supplies a wide range of produce for veg boxes, chefs and restaurants – from broccoli, cauliflower, cabbages, kale, brassicas, radishes, salad turnips, tomatoes, aubergines and peppers, to microgreens (which are grown all year round), Mesclun mix and edible flowers. 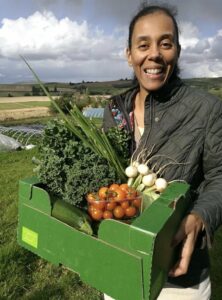 It was Robert who decided upon the ‘veganic’ route – a movement that is on the rise in the US and involves growing produce without animal inputs such as manures, blood or bone meal etc.

The farm’s main fertilisers are alfalfa meal, seaweed, kelp and rock dust, as well as a product made from non-GMO soybeans, cacao shells etc, which helps with nitrogen for their tomato growing. They sow organic seed where possible and do not use any sprays.

Like many farmers, when the first Covid-19 lockdown struck and the food service industry closed, Michelle and Robert lost their income overnight. Robert says: “All of our business was restaurants and chefs; we didn’t have any other customers, that was our whole client base. Obviously when Covid came all the restaurants closed and all of our business went – from restaurants, to chefs, to veg boxes – literally overnight.”

Michelle adds: “Just as we were getting ready to pull down the blinds and switch off the lights, we got a flurry of orders and they just increased. When you have produce, it doesn’t really matter where it goes, so you’ve just got to look out for the trends and go with the flow.”

Demand has seen the business begin to offer an out-of-season service. There has also been unprecedented demand for home delivery of its veg boxes, whether because customers are self-isolating or because they don’t feel comfortable shopping in a supermarket.

Whilst the future of the pandemic and its effect on farming remains unpredictable, like many farming businesses, The Artisan Grower has been seeing a spike in retail demand during lockdown, which subsides when restrictions ease and is replaced by restaurant demand.

Weather is another key challenge for the business and the cold wet spring has delayed a planned move from their current 1-acre farm to a new 10-acre site offered by McDonalds Hotel and Resort. As it is virgin soil, they had to disc, plough and power harrow it, but got stuck at the ploughing stage around four weeks ago due to wet weather. As the land has not been harrowed, they have been unable to seed into it and are left in limbo.

Michelle and Robert’s farm relies on several polytunnels to extend the growing season and improve yields in the Aberdeenshire climate. Robert comments: “Everyday there’s challenges, you learn as you go along and you have to prepare to be very adaptable.

“Every day we find something different – you can plan to do something but you’re dealing with nature so you have to be quite adaptable. Other industries may have financial challenges but the nature of agriculture is, when you’re growing there’s an element that’s out of your control.” 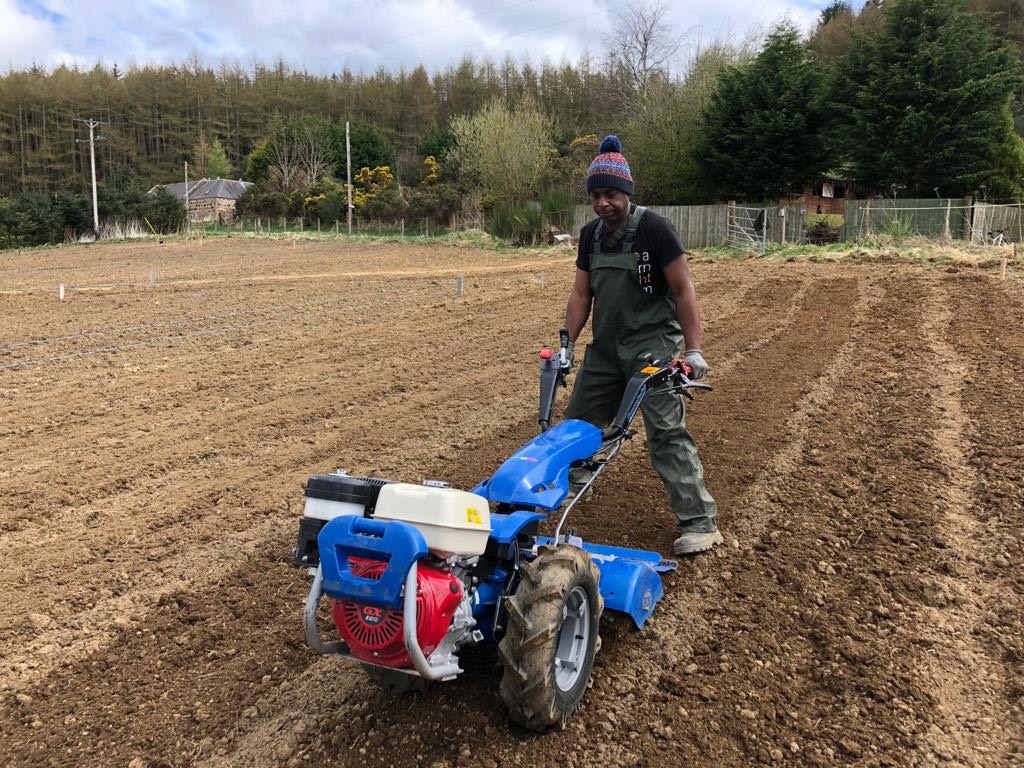 Commenting on what they most enjoy about rural life, the couple answer: freedom, being close to nature and being your own boss.

Michelle reflected on her time in an office: “When you’re your own boss you can decide what you’re going to do today. When you’re working for somebody 9-5 you’ve got to be there in the office, you’ve got someone breathing down your neck and looking at the clock if the train’s a bit late.

“Whereas now if you feel you’re working harder and you need a bit more of a life, you can do that, but at same time understand nothing’s going to get done unless you get up and do it. There is a lot more responsibility but the responsibility comes with freedom.”

She adds: “It’s healthy for you out in the fresh air, connected with the soil, with nature. You can take the children along with you, you don’t have to put them in a nursery or childminder’s to be able to do your job – they can come and be part of it too.

“When we were out seeding last week, they were there seeding right along with us, potting up tomatoes or the viola plant. I think for a family it’s really beneficial.”

For more on The Artisan Grower, visit: https://theartisangrower.co.uk